XSEED Games was recently excited to share a brand new trailer showing off the gameplay mechanics of their upcoming 2D crossover fighter, Nitroplus Blasterz: Heroines Infinite Duel, set to release on the PlayStation 3 and PlayStation 4 on February 2, 2016. Check this trailer, which details the “Blast” system, out below:

In addition, here’s a quick description of the gameplay, courtesy of the official press release:

After selecting a main character, players will duke it out while charging up the abilities of their two chosen Partners, who – once called into the fight – will contribute with battle damage and various other effects. As the combatants exchange blows, their Power Gauge builds at the bottom of the screen. Filling this gauge meter by meter, up to a maximum of three, the players will then gain access to devastating abilities, including character-specific super moves and a massively powerful “Lethal Blaze” attack that deals incredible damage but costs all three meters.

EXAMU, the development team behind the game, aims to keep the combat in the game fast and flashy, packing it full of easy-to-execute combos, cinematic cut-ins on the “Lethal Blaze” attacks, and assist mechanics allowing up to six characters to be on-screen at once. 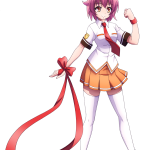 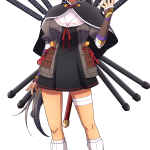 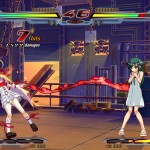 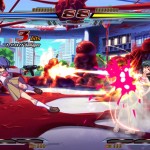 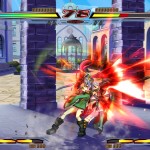 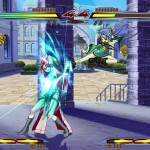 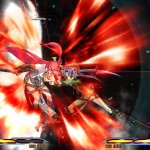 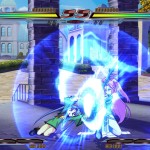 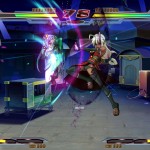 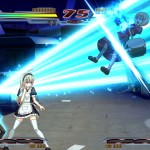 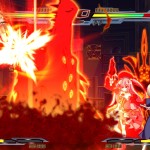 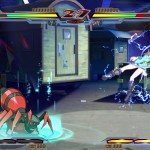 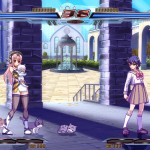 In terms of cast, you can expect to see heroines from Nitroplus’ collection of IPs, including Ein, Mora, Ruili, Al Azif, Saya, Ignis, Anna, Muramasa the 3rd, Kibanohara Ethica, Saber, Ouka, and fan favorite mascot character Super Sonico, the latter of who will be playable in Nitroplus Blasterz for the very first time via this console release.

Are you excited for the upcoming fighter?