Bandai Namco Entertainment surprised us with the announcement that they would localize Winning Putt, a golf title developed by Webzen Onnet. In development for more than three years, the game is finally arriving in North America for PC as a free-to-play MMO Golf RPG. One may say this doesn’t sound like a good mix, but Camelot has successfully pulled off sports RPG’s with both the Mario Tennis and Mario Golf franchises. Winning Putt takes those cues, takes it a few steps further, and then some. 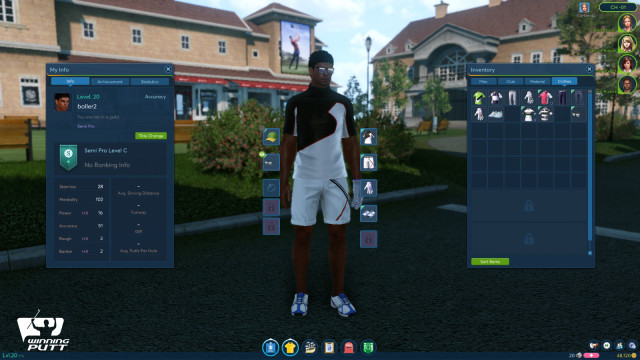 Starting off, unlike Mario Golf, players are given a very deep and extensive character creation system to make their custom golf avatar. World of Warcraft and many other MMORPG’s use preset appearances for the character customization, and while it can be deep when all the bits and pieces are combined, it doesn’t quite go as far as Winning Putt, which feels more like the character creation in The Elder Scrolls: Skyrim. Not only are there dozens of preset appearances, but the character builder takes things up a notch by adding in sliders to further alter the look and feel of the character: you can adjust skin tone, hair color, eye brow length, the bridge of the nose, etc., Winning Putt character builder feels exceptionally deep and detailed, particularly for a free-to-play title. After getting the appearance down, players choose their class: as of the beta, there are two: “power” and “accuracy.”

Once the player builds their character, they’ll be given a basic set of clothes and be placed in the Winning Putt Square, which acts as a large social area where players can meet others in real time. The area is large enough to hold hundreds of players, and like other MMO’s, offers a lot of social aspects like communication through chats and emotes, as well as trading. Yes, Winning Putt gives players the ability to trade gear. The Winning Putt Square also houses dozens of shops for buying new clubs, balls, apparel, and even crafting materials to “enchant” items and make them more powerful. There are even areas where players can place bets (using in-game currency), enter tournaments, or even participate in the Winning Putt Academy to improve their game. 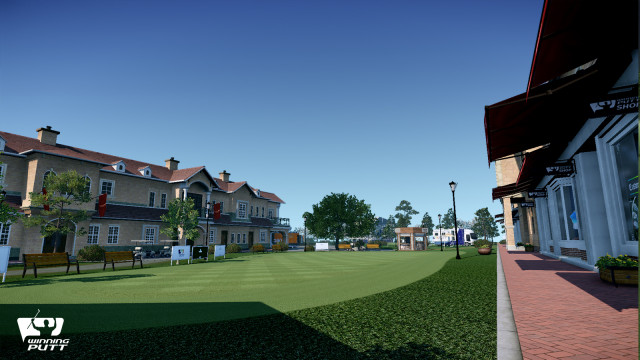 Shopping and building up an inventory feels very much like the standard MMO, with various items that can be equipped, consumed, or even give a passive trait like bonus experience (known in the game as Sponsorships). Clubs and other equippable items can be purchased in packages or individually, and each have certain level requirements as well. Players can spend gold that they earn in the game to make these purchases, but players will also have the ability to make purchases with platinum, a currency purchased with real money. Players can also go into a management menu and equip various skills that give them special shots, or even hire caddies that give more skill slots.

Winning Putt has various modes to play, including challenge modes, stroke play, birdie challenge, and more. Once picked, the player uses a GPS to aim, select between clubs, access their skills, and make their shot. Shots are made in a similar fashion to Mario Golf or Hot Shots Golf, timing their inputs on a slider to set power, accuracy, and trigger various effects. Using skills takes up stamina, which can effect the power gauge for the player and make shots harder to nail when stamina is exhausted. Next to the stamina gauge is the mentality gauge, which drops based on how well the player is performing. If the player makes a bad shot, goes above par, or does any other negative actions, this meter will drain and cause accuracy to drop, adding a more psychological aspect to the gameplay. 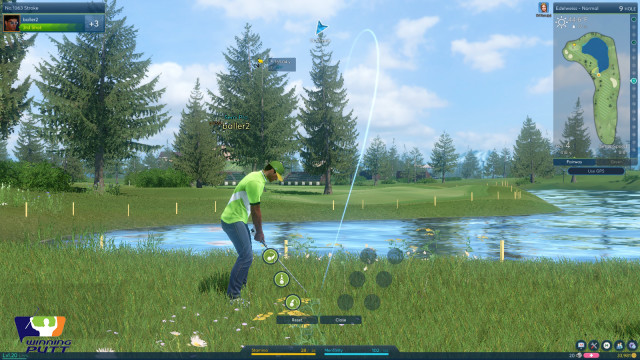 Players can use consumables to power up their shots or help them out with various effects, like recovery for their various gauges. Using these consumables can have various consequences, like a smaller sweet spot for their shot, so it would be wise to use them sparingly and only when it would really help. Skills are a bit similar, giving access to special abilities like “fade shots” where the ball will move from left to right in a wider arc, or “punch shots” which have a lower trajectory and can help move below trees or other obstacles. Still, success comes down to the player aiming properly and making their shots count, especially since each shot made can earn gold and experience for the player.

When reaching the green for putting, the standard grid shows up along the ground, giving players a look at what direction the ground slopes in. Making the putt can take practice but once the player really gets the hang of it, it won’t be long till they’re improving and getting ready for the harder courses. If players get the ball close enough to the hole, then the game will automatically make the shot for them. There are apparently some items that will help with putting but at this time, their effect seems a bit uncertain. 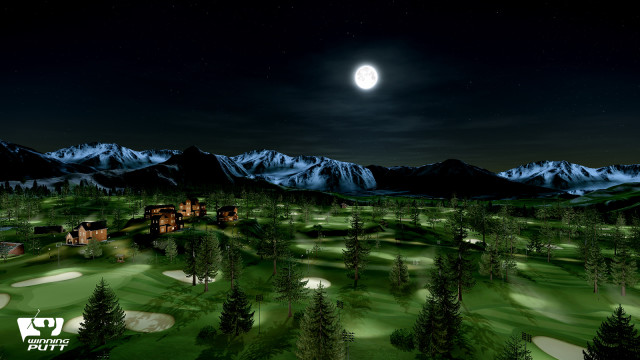 One interesting difference between Winning Putt and other golf games that came up during my demo was that clubs can break, requiring repair to continue to use them. It’s a mechanic that needs a bit of attention: when my putter broke, the game automatically shifted to my sand wedge without notifying me. When I took the shot, instead of putting, I lobbed the ball quite a bit over the hole. While the mechanic makes sense in an MMO, it would be nice to have something alert the player that a club was broken. To be fair, it may be possible that a message exists and may have been turned off in my demo.

There are other MMO-style aspects that make Winning Putt different from typical golf games: finishing one of the seven courses in an 18-hole game adds the chance for a “lucky ball” draw: players select one of four golden golf balls to obtain a random item, some of which may be traded later on. Many of the modes can be played with up to four players, though some modes may involve the rest of the world. Also, some modes unlock after the player earns enough experience or reaches a certain level, and golfers can even form guilds and join in special events to gain more bonuses. 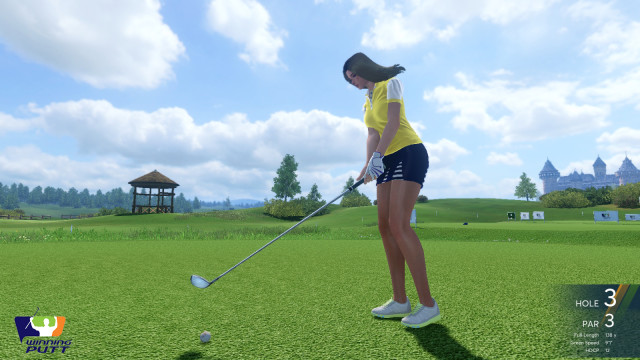 With tons of content right off the bat (or club?), the developers still promise more new content is on the way. Some of this content includes more courses, some being more fantasy based, as well as new game modes like a special speedrun mode. With a lot of details and variety, it can be easy for a golf fan or even just a casual sports enthusiast to get invested in a game like this. Even just for the social aspect, the formula for combining golf and MMO’s is a genius idea and works a lot better than one would usually expect. Winning Putt enters open beta right now as of this writing, and is expected to launch on PC later this year.