Getting back on track with previews from PlayStation Experience 2015, Drinkbox Studios invited GotGame to preview their new PlayStation Vita title, Severed. Even though Sony has been neglecting the portable system as of late, there have been some developers that still like to create great and original content for it. Drinkbox Studios seems to  be delivering on this front, as their new title utilizes unique features of the system looks good in the process. 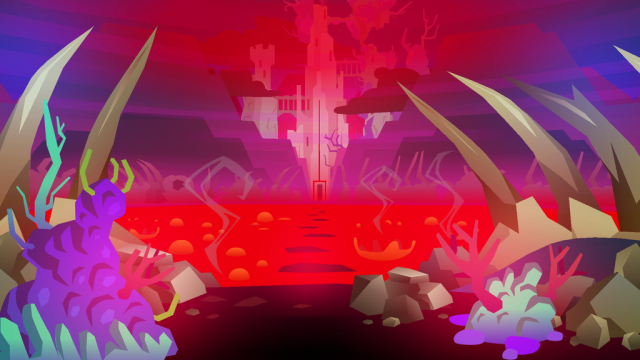 Like Guacamelee! before it, Severed uses a colorful and vibrant art style to tell the story of a young girl named Sasha, who after waking up to a disaster, finds that she is missing an arm, as well as her family. On a quest to find them, she gains a living sword that helps her take down new and unfamiliar enemies. Unlike Guacamelee!, Severed plays in a first-person view, playing out like a classic adventure game with roleplaying elements, similar to recent games like Etrian Odyssey or even the classic Wizardry series. Using a cylindrical texture map, Drinkbox Studios’ beautiful visuals work well with this perspective, and unlike other games like it, players can rotate the camera to any point rather than having it snap to specific points.

Wielding the sword brings a dungeon-crawling element to the game, utilizing it to break crates and pots to find items, open up new pathways, and most notably, the combat. Enemies will typically attack Sasha when she enters new rooms, sometimes alone, and sometimes in groups. Using the touch screen, players can turn Sasha’s viewpoint from one enemy to another, keeping an eye on their attack gauges to know when to defend against their attacks and attack accordingly. Slashing across the touch screen in the opposite direction of the enemy during their attack will allow a parry, opening them up for an attack and sometimes revealing weak points. It’s a fun and engaging type of combat that really requires the player’s attention. 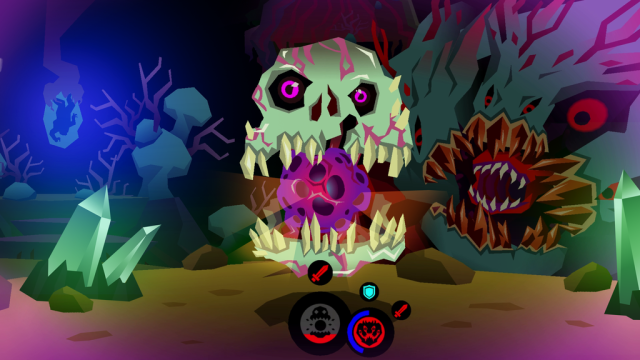 As players progress, they’ll fun into enemies that get a bit more strategic in battles, some of them having armor, or only having certain points to attack; think The Legend of Zelda: Skyward Sword. Eventually, Sasha gains a charge ability to allow her to break armor, making it so she can cut away enemy defenses to expose their weak points. If players fill up their sword’s energy, they can tap an enemy and enter a bullet time setup where they can sever the limbs of the enemy, allowing them to not only finish them off, but also to collect those limbs for upgrading Sasha’s abilities.

At the end of the demo, Sasha encounters a boss creature that is seemingly made of demonic birds, with standalone birds on both sides as well. Parrying the boss enough times will force the birds to dissipate and leave the main body of the boss vulnerable to attack. Eventually, enough enemies will be defeated to fill up the energy gauge and allow the player to finish the boss off by severing their limbs, constructing a new helmet to wear. Like Mega Man, defeating bosses leave behind special parts that allow for Sasha to have new abilities, each item upgradeable with items and enemy limbs. 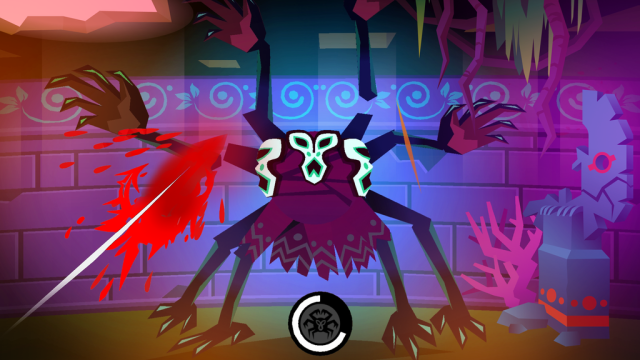 Drinkbox Studios’ Designer Chris McQuinn was on hand to show a bit more of the title outside of the demo, displaying some of the progress since the game was last shown off. He went a bit further into the game to show how puzzles will be involved in the game, giving a glimpse of a cool area where Sasha has the ability to change the time of day. Depending on the time of day, certain pathways will be revealed for Sasha to explore, giving a unique element to the dungeon crawling. Another puzzle shown in this area involved using the map of the game, as Sasha uncovers a puzzle involving a certain spot on the map. When the player discovers the location, they will move around in a counter-clockwise route three times, opening up a new pathway to explore. It’s a cool element to bring to this type of game and it will definitely give a lot of depth to the gameplay.

Severed is looking to be a great game to pick up for the Vita, and though it may not breathe new life into the handheld, it will give current owners something unique to play. With a much darker and mature tone, a subtle narrative, and responsive controls, Severed looks to be a great follow-up to the much lighter toned Guacamelee!. Asking McQuinn about if there will be any pop culture references or even a nod to Guacamelee!, he said that there was no plans for something, but if a reference were to be placed into it, it would be a subtle one. Severed is planned to be released exclusively for the PlayStation Vita next Spring.