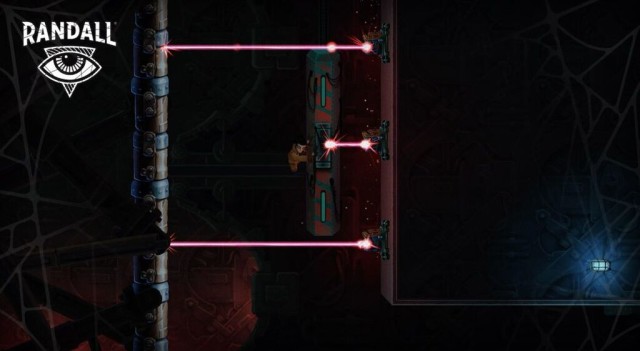 Fans at PlayStation Experience 2015 would have had a chance to try out We The Force Studios’ upcoming Metroid-vania title, Randall. Releasing sometime next year for PlayStation 4, PlayStation Vita, and Steam, gamers have an interesting journey to look forward to. With a dark look at a dystopian future, Randall tells the tale of the titular hero, a telepath that has the ability to control the minds of all the enemies in the game.

Similar to a Metroid game, Randall moves from room to room, making his way past obstacles and enemies, using his specific abilities to get the job done. Some walls will have hooks to cling to, allowing Randall to climb various walls and traverse the world. Randall also has a selection of acrobatic moves like wall jumps, sliding, and more. Aside from the movement options, Randall also has a bevy of devastating combat moves. Combat feels very similar to Drinkbox Studios’ own Guacamelee!, given a selection of punches that combo well against even powerful foes. 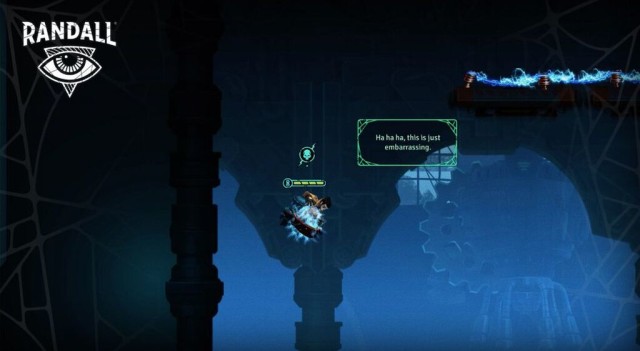 Going back to Randall’s telepathic abilities, Randall can take over the minds of any of his foes by getting up close and activating his mind-control ability. When done correctly, Randall will hop atop the enemy and ride them similar to how Mario rides Yoshi in Super Mario World. Given full control of the abilities of the enemy, this not only applies to combat but can also open up interesting puzzle mechanics. Some enemies are the more powerful brutish types, while others are more technical.

One room involved controlling the minds of underground dwelling enemies, allowing Randall to take refuge under the surface and move under a low hanging laser grid that was not possible to slide under due to the length.  Another enemy to utilize would be a flying one, a little brain-like creature inside a flying saucer (think Krang from the Teenage Mutant Ninja Turtles series). Using the ability to fly, Randall was able to ride up to a higher platform to get around another obstacle. 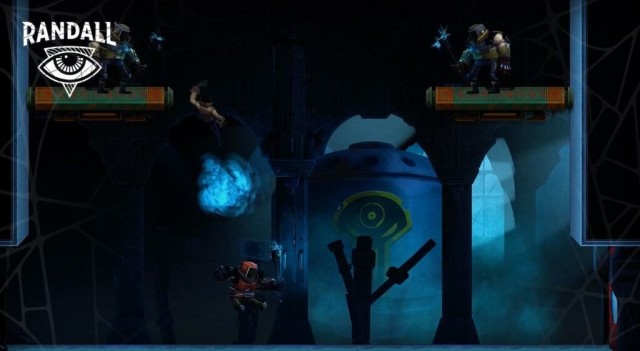 Even though it wasn’t present in the demo, We The Force Studios’ promises that even bosses can be controlled, and will be integral to learning how to defeat them. It’s this type of experimentation that makes Randall stand out from other games of this genre. During PSX, it isn’t easy to hear the audio, but it seemed like it had involvement in the presentation with voice acting to go along with the music. Despite that, the game had tight controls and truly challenging platforming elements that put even experienced gamers to the test.

The demo at PSX was a little on the short side, but it does give a good idea at what to expect from this interesting action platformer. Hopefully the rest of the game shows new ideas and develops new obstacles for Randall to take on, as the title shows a lot of promise. With the release still to be determined, hopefully We The Force Studios takes their time and makes this title as deep as it needs to be a unique experience. Randall is expected to release sometime next year for PlayStation platforms and PC.