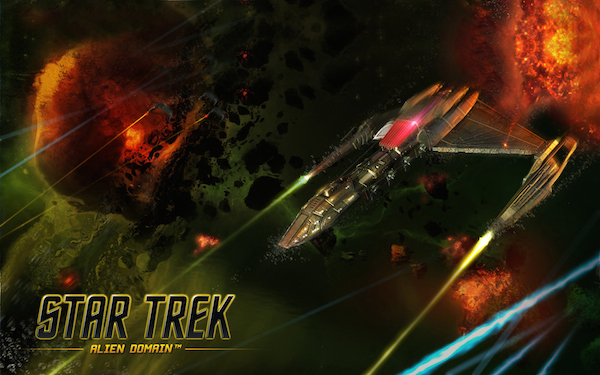 Many Star Trek: Alien Domain players are still having fun with the Christmas event activities, however the developers have announced that they are already hosting a special New Year’s Countdown event beginning today and lasting through January 1, 2016.

During this event, players have a chance to start the new year off with a lead on the competition, with six different ways to enter. Each of these six ways will allow players to gain an extra chance to be one of the lucky 216 winners of in-game items worth $50, with the winners being announced on January 2, 2016.

Check out the official event page for more information as well as a chance to win.

For those unaware of Star Trek: Alien Domain, here’s a quick description, as presented on the official press release:

Star Trek: Alien Domain takes place in the Star Trek timeline after the TV series, Star Trek: Voyager. The game begins with players investigating a new anomaly only to find themselves sucked through a quantum fissure that transports them to Fluidic Space, one of the most unexplored areas of the Star Trek universe.

The dominant species in Fluidic Space, Species 8472, has broken a treaty with the universe and has slowly begun capturing Federation and Klingon forces (and others yet to be seen) in order to weaken the power of these races and study them further. Players will need to build a base of operations and expand their fleet in order to explore Fluidic Space and meet this new threat head-on, as well as participate in the game’s large-scale PvP conflicts.