VirZOOM, an upcoming virtual reality system for Oculus, PlayStation VR, and HTC Vive that utilizes a stationary bicycle as a controller is now accepting pre-orders. “Using a bike to move through virtual space provides the illusion of physical movement,” they stated on the official press release, “which combats the cognitive dissonance that usually provokes VR-induced nausea, as well as making VR an active fitness-focused experience rather than a sluggish sedentary one.” 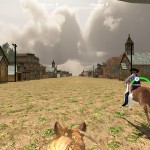 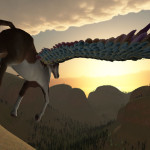 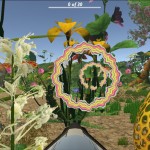 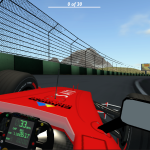 This system is available for $199.95 for those who wish to pre-order the system, and the official retail price will be $249.95. You can check it out in action in the official launch trailer:
https://www.youtube.com/watch?v=7KpE5O6Q6ss
All pre-orders will include VirZOOM’s first five games. These games will allow you to do things such as race Formula 1 cars, lasso bandits on horseback, and even sail through the sky on a majestic pegasus while getting a workout. In addition, gamers looking for more will be able to subscribe to VirZOOM Plus for $9.99 per month, which unlocks fitness data tracking (including heart rate monitoring, calories, distance over time, and more) as well as regular new content.
What do you think of the upcoming product?