Bayonetta Graces Super Smash Bros. for Wii U and 3DS!

After the announcement of Corrin from Fire Emblem: Fates, the Super Smash Bros. focused Nintendo Direct made one last character announcement. Bayonetta, from the game of the same name, was the most requested character in the Super Smash Bros. Character poll in Europe, and made the top 5 list in the United States. Of all the characters that were feasible, she was the number one request worldwide, and now she will be joining the battle. After watching her in action, its obvious that she’s a very unique character that looks like a lot of fun. 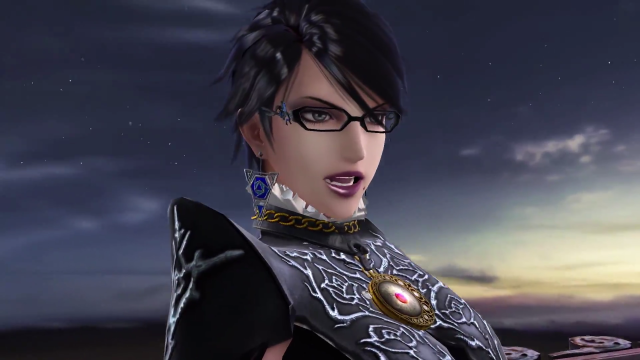 Adding a lot of visual flair, Bayonetta takes her trademark Umbra Witch powers and utilizes them on the other characters of the roster. Even though Bayonetta tends to show a lot of skin during her abilities in her games, she was slightly toned down for Super Smash Bros., but still remains true to her character. All the stylish poses and abilities that fans love are transitioning their way into the game. Wicked Weaves, her smash attack, use the demonic Madama Butterfly, summoning huge punches and kicks to perform powerful blows. Her down smash gives her a very devastating meteor smash as well, so when fighting against her, players should be cautious. 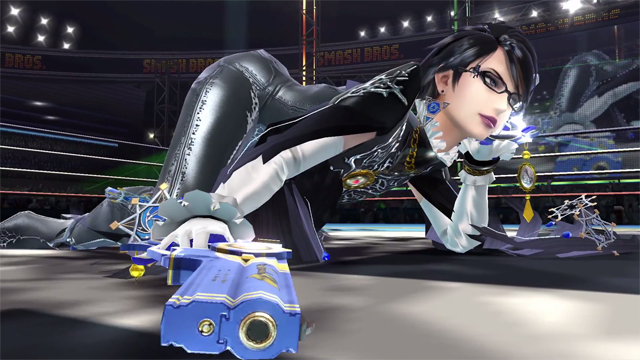 Bayonetta has the special ability to activate Witch Time as a counter, allowing her to slow down opponents that attack her, giving her the chance to take an advantage. If triggered late, she’ll activate Bat Within, diminishing the damage and still giving her the opportunity to get a leg up on her opponent. She will also have the ability to perform more combos than any other character, given incredible aerial combat by adding attacks to her special attacks. She has her Bullet Arts as well, allowing her to add damage to her special moves by holding down the button and shooting bullets. Bayonetta also has her final smash, Infernal Climax, which starts Witch Time, slowing down the whole field and allowing her to charge up her climax gauge, which summons the demon Gamorrah when full. Feel free to watch her in action in the trailer below.

Bayonetta by default sports her short hair from the fantastic Bayonetta 2, but will also come with a special alternate costume based on her “Witch with No Memory” look from the original Bayonetta. She will also have a color scheme based on Jeanne from the Bayonetta games, giving her a red outfit and silver hair. The Wii U version also has a nice visual effect, giving Bayonetta the shadow of Madama Butterfly. Along with Bayonetta will also be a stage based on the beginning of the first Bayonetta game, Umbra Clock Tower. 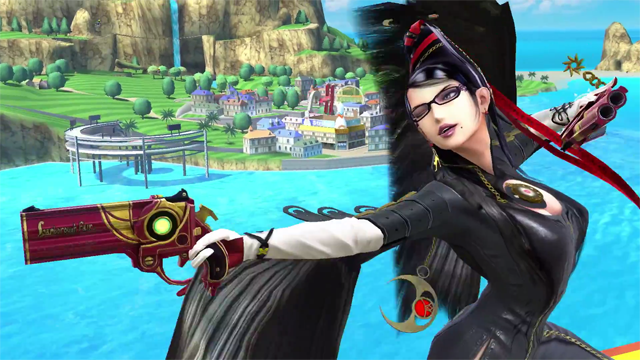 Below you can see the special illustration by Eiji Funahashi, a development team member from PlatinumGames. Bayonetta is expected to arrive sometime in February next year, marking one of the final characters to be added to the game. 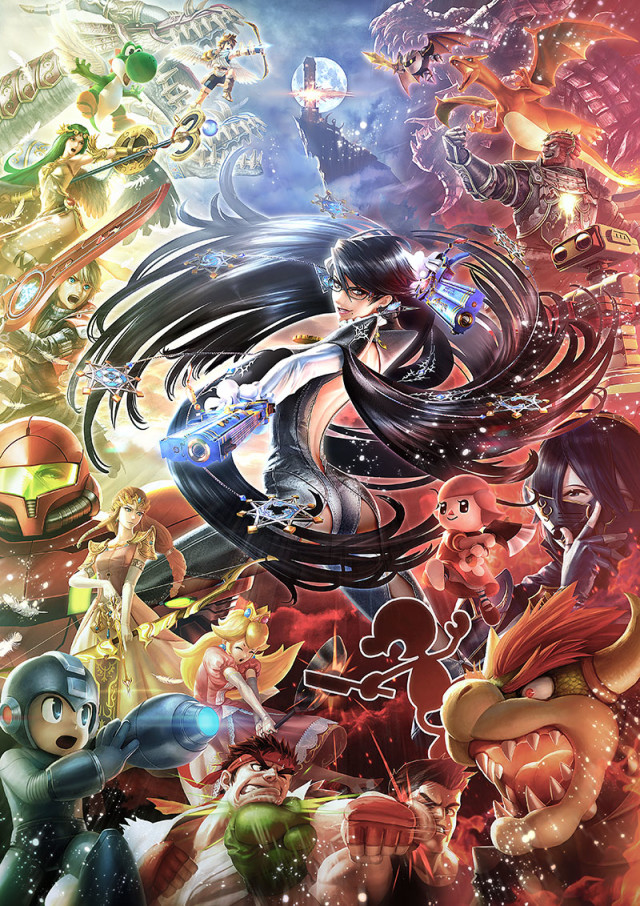