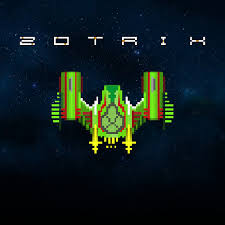 A new twin-stick shooter known as Zotrix was recently co-published by Retroism and UFO Interactive, having been developed by ZeroBit. This title aims to mix the old-school arcade shooter feel with more modern mechanics, but how well will it work out?

Zotrix’s story is fairly simple and straightforward. You begin by learning how mankind began to populate the stars, only to discover that we are not alone in the galaxy. Out of nowhere, an alien force has begun attempting to destroy all colonies, and, in order to combat this threat, several space stations were sent into deep space so mankind could begin striking back at the invasion.

The gameplay of Zotrix is equally simple, for the most part. In the game’s Campaign mode, you will take on the role of a pilot escorting cargo ships. Luckily for you, the cargo ships can’t actually be damaged, so you just have to worry about yourself as you move through and fire upon the waves of enemy ships and asteroids. 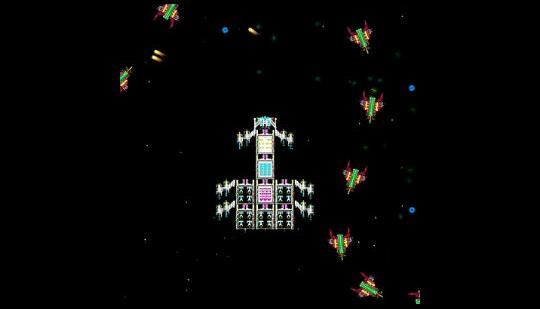 In order to move, you’ll utilize the left stick. The right stick turns your ship, and, though you have two types of weapons (primary and secondary), you utilize the triggers to fire your primary weapon. If you want to fire your secondary weapon, you will need to utilize the square button, which is a bit of an odd choice on the part of the developers, as most twin-stick shooters tend to map the two weapons to the two triggers. Combined with the fact that you need to constantly utilize the right stick to aim at your enemies, this decision makes it difficult to utilize your secondary weapon.

It would have been a great boon for the game if it allowed gamers to utilize different control schemes, but alas, you are stuck with the same one, which, combined with the aforementioned issue with the secondary weapon, can easily cause you to get hit by quite a few bullets as you fight back. 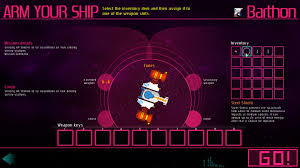 As you clear levels, you gain resources, which you can utilize to upgrade your ship. Once you have and begin another level, the ship goes in with any upgrades you have purchased, as well as the extra firepower you may have obtained in the previous stage. You will then go through another stage with enemy waves, which are set per level. As you fire, your ship drifts backwards slightly, which is a nice mechanic and constantly forces you nudge your ship back into position as you fire upon the incoming waves.

You will need to move around quite frequently in order to avoid the enemy fire, although there are some occasions when you can sit in the corner and fire upon your enemies while remaining safe. If you get too used to this, however, you may be surprised when ships start coming in from that corner and crash into you, taking you out. 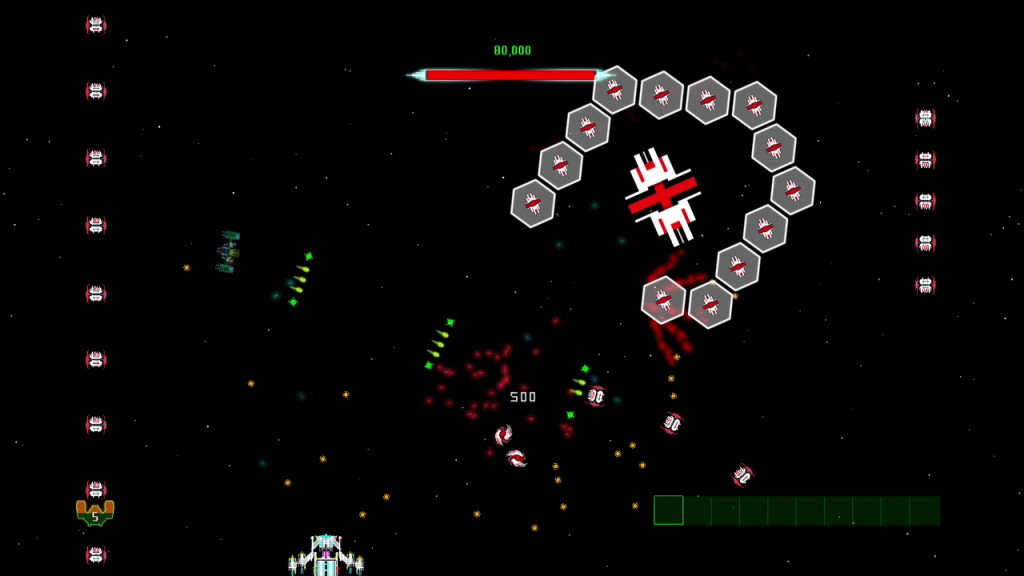 You will also need to plan your route carefully, as if you just rush into levels, you may wind up in a situation far beyond what your ship is capable of handling. In addition, each route offers up different types and amounts of resources that you can gather to upgrade your ship with. You can utilize this to constantly travel between stations as you grind the resources required to upgrade your ship as you desire.

In terms of the Arcade mode, you will be able to go through 20 levels, taking out waves of enemies as in the Campaign and racking up points. At the end of each level, you can utilize these points to choose one of four upgrades for your ship, each costing a different amount. You’ll need to select an upgrade and hit the X button to display what it does, which can be somewhat wearing after a while (it would be nice if they automatically displayed what they did as you scroll through them). You can only choose one upgrade between each stage, so you’ll need to make your decision carefully. 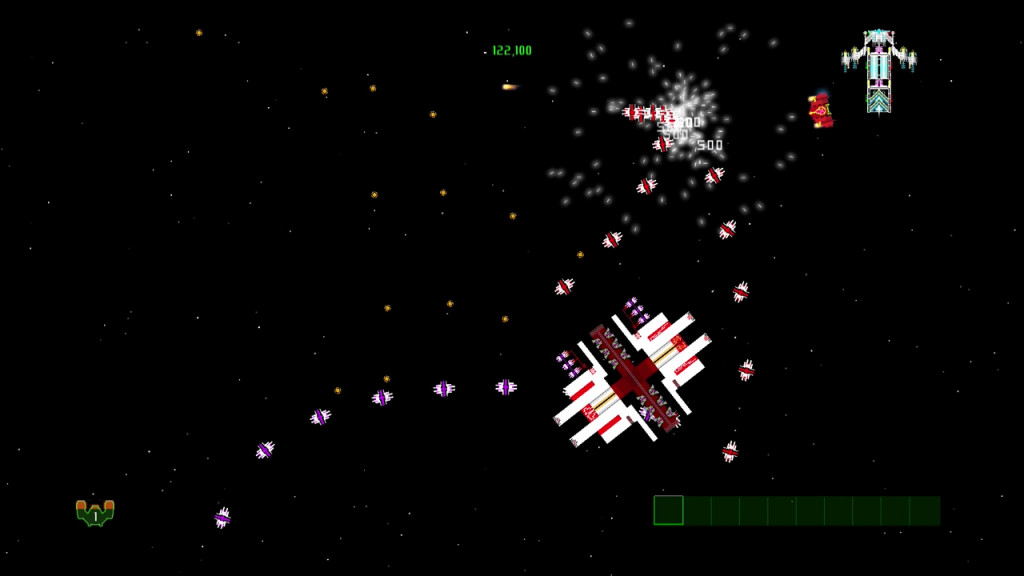 As you add components and upgrade your ship in both modes, you will be able to see them on your ship in each level. Some upgrades you can get in each includes extra shields and even a gun that will revolve around you, constantly firing as it does so.

During stages, if you are hit and lose a life, you won’t have to restart the level or even be teleported back to a checkpoint. Instead, if you lose a life (and still have one or more, of course), your weapons will be downgraded, and, if you lose all of your lives, you will be transported back to the previous station (Campaign) without any of your disposable upgrades or be taken back to the main menu (Arcade).

When all is said and done, Zotrix is a decent game with a lot of replay value and two modes that should keep you entertained. Unfortunately, some questionable controls keep it from being a fantastic title.