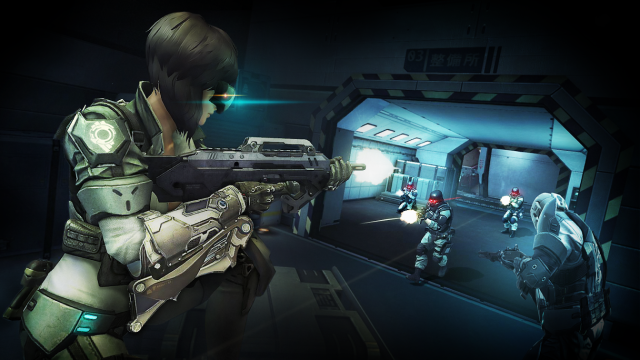 Nexon America was kind enough to give GotGame a chance to try their new first person shooter, Ghost in the Shell: Stand Alone Complex – First Assault Online. Based on the popular anime series, South Korean developer Neople has taken beloved characters from the franchise and placed them in heated multiplayer matches. Many of the game modes are inspired by various episodes of the show, either inspiring the objective or the map used. This is a free-to-play title and works on a similar model as other FPS titles like it, offering rewards for players at random as well as in-game currency to use for unlocks.

Upon starting the game, players are prompted to choose a character to be their starting operative, each one identical in gameplay except for a unique ability for each character. Players can select from fan favorites like Batou, Togusa, Ishikawa, Saito, and of course, the Major, Motoko Kusanagi. I’ve always liked Togusa, the only non-cybernetic enhanced member of the Section 9 team, so he was my character of choice. Togusa’s special skill releases a computer-controlled seeker drone that roams towards enemies and explodes on contact. All character skills have two tiers, the second tier being reached through getting kills and scoring points. When leveling up Togusa’s skill to tier two, he can release two drones instead of one, making it well worth saving up the skill meter for the extra explosive death machine. 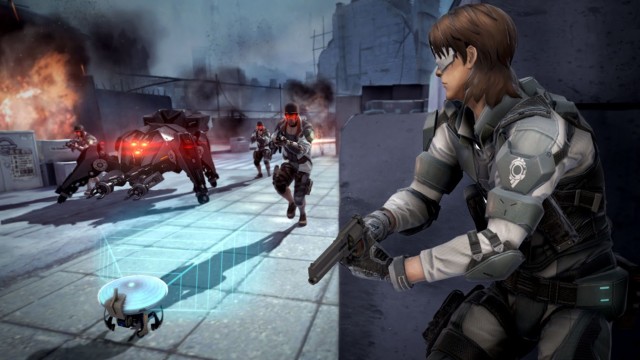 Being paired with other members of the press and various staff from Nexon, we were thrown right into a lobby, preparing for our first Team Deathmatch. The characters selected were pretty varied, as both teams had a pretty diverse cast with only a couple instances of the same character being used. Players can also activate Skillsync, an ability allowing them to download skills from other players that activate their tier 2 skill. For example, Motoko has a cloaking ability that turns her practically invisible, so her team could download the skill as well to cloak more players. It should be noted that not all characters can share their skills, and unfortunately for me, Togusa’s skill was one of them.

Controls are pretty standard for a PC first-person shooter using the mouse and keyboard. Team Deathmatch is also your typical game mode, having two teams go up against each other. Players won’t be able to see the specific character each enemy uses during combat, as all enemy characters will have a generic enemy skin to separate them from teammates. Defeating the required amount of enemies in the allotted time will allow the team to reach victory. Using Skillsync helps carry the team, as our team discovered while activating cloaks, setting up sentry guns, and more, allowing us to easily take matches (we mixed up teams later so that it was a bit more balanced). 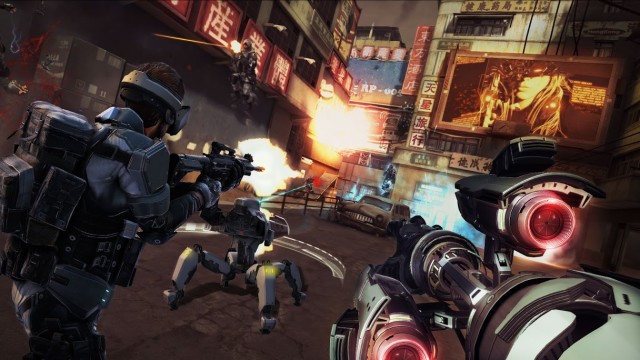 The next mode is the Terminal Conquest, where both teams attempt to capture and control a terminal on the map. When a team takes control, it activates a Tachikoma, a sort of spider-like tank robot that will roam across the map that fans of the series will be familiar with. Enemies can attempt to hack the Tachikoma, allowing them to get a point as well before attempting to take the next terminal. It’s essentially like the “Control” mode of a FPS title with a Ghost in the Shell twist. It should be worth mentioning that finishing each match also offers the chance to select a new passive upgrade that can be equipped to the player character, allowing for some slight customization of the character’s attributes like increased explosive resistance or improved weapon handling. 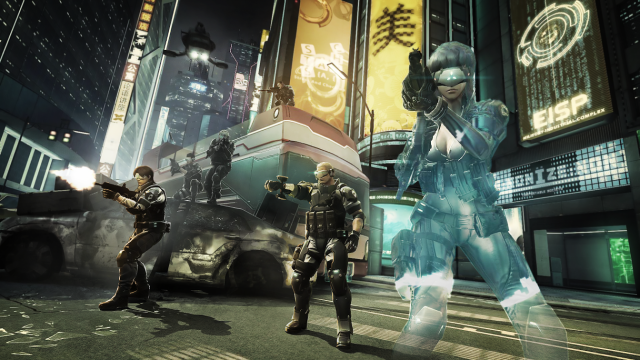 The final mode that was presented to us is arguably the most interesting. Demolition has both teams take turns attacking and defending two points. The attackers have to attempt to place a bomb on one of the two points, forcing the defending team to have to try and disarm the bomb. Unlike other modes, there is no respawning in Demolition, so players have to use tactics and move carefully to make sure that they can continue with the objective. This mode was fun and though it’s not exactly a new mode, it feels a bit more balanced with the round-based setup, allowing for players to try and catch up if their team is falling behind in the rounds. It can also be the most tense, as this is where it can get down to the last players standing, that one shot being able to end it all. The round ends when all enemy players are defeated or when the bomb is either set off or disarmed.

The game makes use of the voice talents from the North American dub, so fans that watched the series on Adult Swim will probably feel right at home, feeling like they are a true agent of Section 9. Visuals in the game aren’t top of the line but considering the anime style of the characters and the goal of being an accessible free game, it looks pretty good, and runs well too. Presentation in the menus is easy to navigate, and even the shops for buying new weapons and upgrades are fairly straightforward, the game even restricting the player from buying upgrades that won’t work for their currently owned equipment. 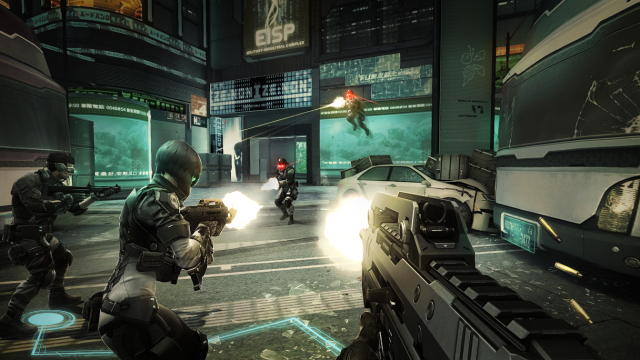 First Assault is shaping up to be a fun free-to-play shooter, though it does have a few points that can be optimized. Being a PC title with fairly low minimum requirements, the game can be played on a good assortment of machines. Despite that, it’s possible the visual settings were still being worked on, as the default resolution was apparently 640×480 (it looks much better), though when adjusting the resolution to 1920×1080, it wasn’t a noticeable difference. This would mean that either the setting change didn’t take effect, of the default settings were not accurate in their information. It’s a small issue that happened with my particular demo, but aside from that, it’s hard to complain about the game considering it’s a free title, and it still looks fine. Ghost in the Shell: Stand Alone Complex – First Assault Online goes into Steam Early Access starting today for PC.