Futureplay Games announced the global release of a major Winter update for their debut title, Farm Away!, which had launched on the App Store in November. Since it’s launch, they are proud to have achieved close to 2500 player reviews, with the average remaining 4.6/5. 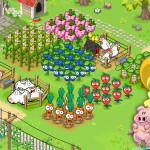 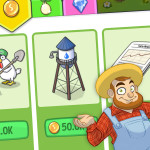 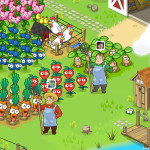 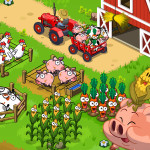 The new update for this game is set to bring a lot of new content to the game, including the addition of 3D farming for 3D Touch devices, allowing players to plant new crops with easy by hard pressing on the screen. In addition, the game will switch to winter scenery featuring more than ten new legendary creatures and seasonal plants, such as unicorns, horses, pumpkins, and more. This arrives just in time for the holidays and the new arrivals can be discovered by finding puzzles during play, including a top secret seasonal animal known as “Mika” that can be unlocked by visiting the game on consecutive days as the holidays approach.

Jami Laes, CEO of Futureplay, stated, “We are happy to receive so many near 5-star reviews from players around the globe, which demonstrates that Farm Away!, the first entry in the view-to-play game category, has been very well received by the players. It has truly been a pleasure reading the super positive player comments, and we’re sure the update will bring even more joy to fans during the Holidays.”

Farm Away! is currently available in 11 languages, and you can check out the official trailer below: