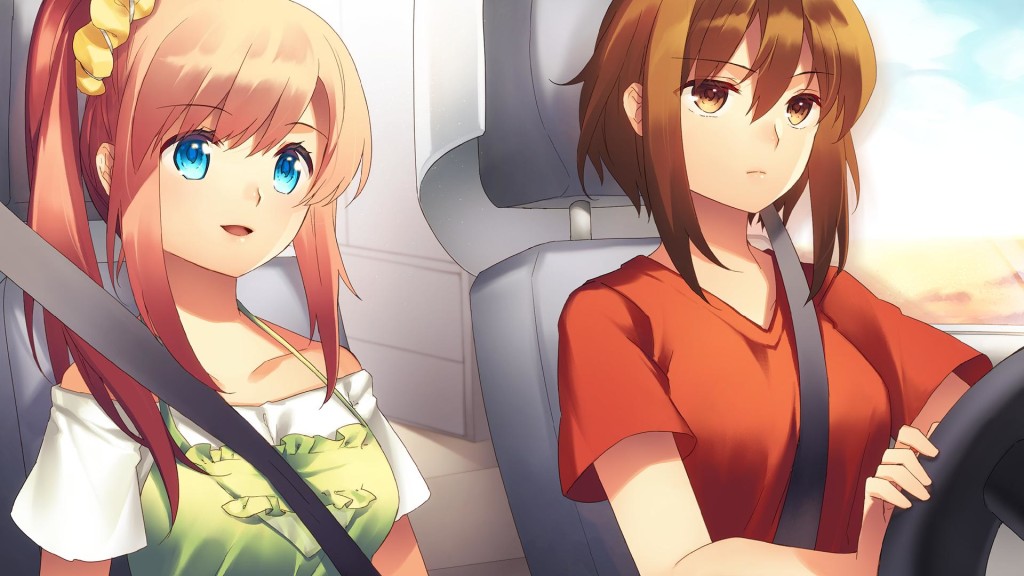 Alienworks and Sekai Project were thrilled to reveal that Anna Logue and Jake Abernathie will be composing the soundtrack for their upcoming yuri-themed visual novel, Highway Blossoms. This visual novel is set to arrive on Steam during the first quarter of 2016 for Windows-based PCs, Mac, and Linux.

Here is a quick bio and sample of Anna Logue’s work, titled Epilogue, which will be featured in-game:

A dance music producer and soundtrack composer who utilizes retro, analogue equipment and state of the art digital instruments to create unique soundworlds, Anna Logue brings a spectacular blend of old and modern to game soundtracks and to the dancefloor as well. Logue has contributed to French singer-songwriter Gaetan Nonchalant’s album “Au ras des pâquerettes,” scored music for Front Wing’s “Hatsumira, from the future undying,” and will be releasing an album of analogue dance music with Red Bull Music Academy graduate, Nic Liu, in January 2016.

Next up is Jake Abernathie’s bio and sample of his work, known as Criss-cross Cactus Man:

An active composer, arranger, and performer in the Southern California area, Jake Abernathie consistently works and creatively collaborates with numerous artists in a wide spectrum of mediums. Having written directly in conjunction with dancers, filmmakers, screenwriters, and many other musical artists, Abernathie also composes standalone works in musical genres ranging from jazz, postmodern, pop, and just about everything else in between. An avid performing musician, Abernathie leads and fronts an actively performing 12-piece indie/Americana band, Leather Tramp, and has toured with a variety of groups and performers as a multi-instrumentalist.

Highway Blossoms, for those interested, is a short yuri story that is set in the American Southwest. An old gold rush miner’s journal is discovered, launching a nationwide craze as would-be prospectors attempt to solve the various cryptic clues that it contains as they attempt to discover the miner’s hidden treasure.

Amber, however, could care less about all of this. She is busy mourning the loss of her grandfather as she wanders the Southwest in an inherited motorhome, completely unaware of the hunt taking place around her. She eventually meets a young hitchhiker wandering through the deserts of New Mexico named Marina, and things start to look up for Amber.

You can check out the official website and view the teaser trailer below: