During this past weekend, Sony Computer Entertainment America and KOEI TECMO America revealed that a dark, samurai-centric action role-playing game known as Nioh will be arriving exclusively on the PlayStation 4 system. This title is being developed under the direction of Kou Shibusawa, Hisashi Koinuma, and Team NINJA. Check out the official trailer below:

Nioh places you in the role of William, a blonde-haired swordsman with the background of a fierce warrior. This background, when combined with his seasoned knowledge of the blade, is the only thing that allows him to survive in the demon-plagued land of the samurai. The demonic creatures, known as Yokai, inhabit several dangerous locations and lie in wait within the shadows, ambushing unsuspecting victims.

It isn’t just the Yokai that William has to worry about, however, as other samurai will challenge him to supernatural sword battles. 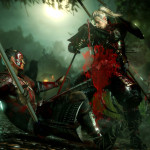 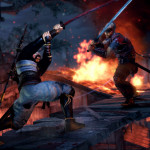 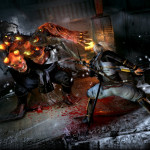 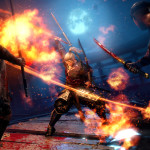 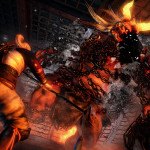 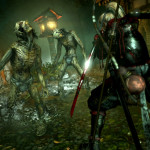 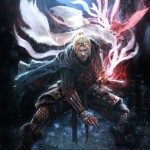 They stated on the official press release, “Offering a deep and original storyline that takes place during the Warring States Period of Japanese history alongside strategic sword-fighting action, Nioh will challenge players in a way that makes every mission and accomplishment feel earned and worthwhile. More information on this comprehensive, action-packed RPG experience will be released in the coming months.”

What are your thoughts on what we’ve seen of Nioh?