We Wish Ewe A Merry Christmas 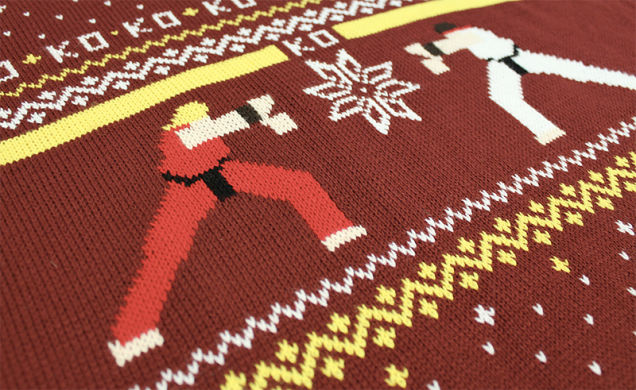 Games are being considered more and more like movies.

With game adaptations of films, and cinematic games such as Mass Effect, Tomb Raider or Heavy Rain, there’s no doubt that gaming is trying to be more film like, but this leads to a few problems. The first of which I spoke about a few years ago in an article linked here about how developers are considering anything under 5 million units sold in a month a financial failure because they’re comparing first sales to movie opening weeks, and for fun here’s a wiki list about fictional sheep ’cause I frickin’ LOVE Sheep, dude. The second problem is that they now care more about pleasing their financial backers than their fanbases, much like a lot of movie studios these days, and as such the game usually falls short of understandable expectations (not ridiculous ones like saying something sucks because you hate the last 5 minutes of an otherwise perfect franchise), so they care more about selling the game more than making a game people will enjoy. Because of this, more money is being poured into advertising than actual development. That’s NOT ok. Sheep would never do that. A sheep would never paint itself like another animal and tell you it’s that animal, while still knowing it’s a sheep. Why? Because sheep aren’t assholes. Sheep are good people. 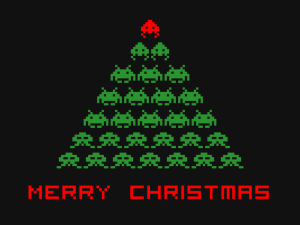 But what this is leading to is this question. If we have triple a titles, which to me is the gaming equivalent of blockbuster movies, and games are becoming more cinematic and the money being poured in is more for advertising than production such as films (which I understand cause you have to advertise or people won’t know of your work, but there should be a limit), then why isn’t there a Christmas game? We’re nearing that ever so happy time of the year again where-to paraphrase Bart Simpson-everybody, despite their religion, comes together to celebrate the birth of Jesus Christ. Mostly because it’s shoved down their throats by people either mad about Starbucks cups or the fact that their waitress said ‘Happy Holidays’ to them instead, but still. Christmas has become an unstoppable financial juggernaut, and with that comes the Christmas Movie. Not necessarily a movie about Christmas, persay, but a movie that comes out AT Christmas. Harry Potter was a holiday blockbuster for the longest time, because they knew it was a day a lot of people go to the movies and they would make bank on that day. So why isn’t there a Christmas game? A game franchise that only comes out around the holidays? I know Modern Warfare 2 did that, but even then I think it came out in November, and I’m sure others do and I might just be oblivious but it seems to me that if you came out with a game Christmas week, you’d DOMINATE. Especially if it was something rated E or T, because basically everyone could get it as a gift.

Let’s face it, kids usually ask for video games for Christmas. God knows there’s no kid asking for a bike or baseball glove anymore. Those days are over, man. So with that very obvious fact floating out there, why hasn’t the gaming industry latched onto this very obvious way to make money? And if they ARE doing this, then why isn’t it more in your face with advertising like films are? My secretary, a sheep I stole from a nearby farm, and I, had this discussion this morning over breakfast. If you’re going to advertise, and pour most of your budget INTO advertising, why isn’t the holidays the time to do it? Perhaps I am completely out of my element and don’t have correct information, but it just seems like the advertising I am seeing for big, upcoming titles such as Rainbow Six: Siege isn’t anywhere near as in your face or over the top as it could or should be for this time of the year. But either way, if this ISN’T happening yet, I fully expect it to, and soon. There’s money to be made by exploiting people’s guilt, and corporations wouldn’t have it any other way.

Princeton, a Sheep, is 29 years old and an accomplished writer for the NYT and Wall Street Journal. He graduated top of his class at Yale University, where he also was an accomplished flutist. He now works as a ghostwriter for Maggie, punching up her otherwise dull writing.