2K was recently happy to have the first bit of downloadable content, or DLC, for WWE 2K16 go live on PlayStation 3, 4, Xbox 360, and Xbox One. This DLC, known as the New Moves Pack, is priced at $3.99 and features over 30 new moves, such as Nikki Bella’s Corner Enzuigiri, Diva Paige’s Avalanche Ram, Kevin Owens’ Sidewinder Suplex, Stardust’s Standing Crossface Chickenwing, and Finn Bálor’s Dragon Sleeper to name a few. 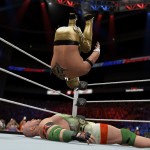 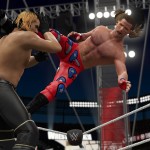 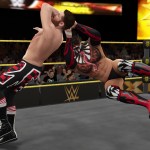 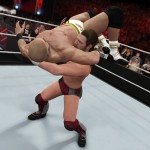 This pack helps players customize their favorite Superstars and Divas even further so that they can crush all of their rivals. It is included in the WWE 2K16 Season Pass, and upcoming content purchasers of the pass can look forward to are presented below, courtesy of the official press release: