Jon Hare and the team working on Sociable Soccer recently shared a video of the title, which boasted the honor of being the most backed live PC & Console game on Kickstarter. This video can be viewed below:

Jon Hare spoke on the title, stating, “We are six weeks into development and Sociable Soccer is already starting to look and feel like something special. The Kickstarter campaign was launched to give people a chance to get involved with the game before we get down to the serious business of getting it completed and published on multiple formats over the next year or so.”

Unfortunately, the Kickstarter campaign has been cancelled, though the team has left a note assuring gamers that they are continuing development, but will simply be going through publishing in more “traditional publishing channels”: 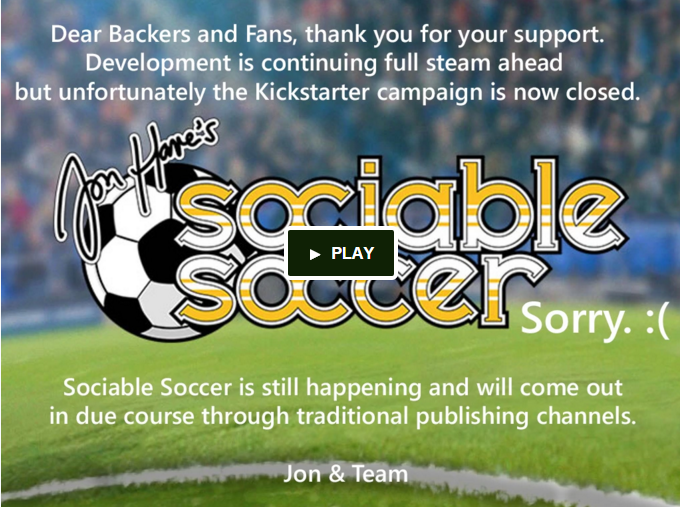 What are your thoughts on the early video and recent cancellation of the Kickstarter?