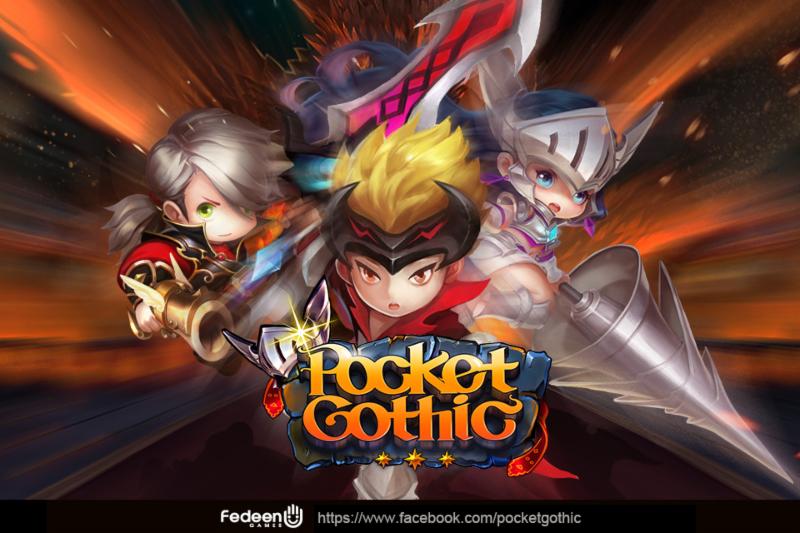 Fedeen Games has unveiled a new trailer for their upcoming mobile side-scrolling brawler, Pocket Gothic. This trailer, which you can view below, focuses on the game’s Arcanist class, showing off  her abilities while she carves through legions of foes. “The gorgeous effects combined with the intuitive, smooth controls and skill combo system are sure to provide an experience as engaging as it is visually stunning,” they stated on the official press release.
https://www.youtube.com/watch?v=156YMsFiEH0
The above trailer also displays the ability every class has to transform into a formidable creature known as Darkborn. This demonic creature possesses an astounding amount of power, and as you attack enemies, you feed the inner beast until it is ready to emerge. While in this form, your skill cooldowns are reduced greatly, and you also gain access to an exclusive Darkborn attack.
Those interested can pre-register for the title and receive in-game rewards when it launches.