Fans of romantic visual novels have been waiting for CLANNAD to arrive in English officially for around a decade, and Sekai Project was recently thrilled to announce that this wait is finally over. Thanks to the cooperation of VisualArts/Key, CLANNAD is currently available on Steam for Windows-based PCs at the price of $49.99/£29.99/45,99€ with a 15% discount for a limited time.

For those unaware, CLANNAD was originally published and released in Japan on PC back in 2004. It garnered quite a fan-base, being ported to gaming consoles and handhelds, and even making a transition to manga, audio drama CDs, and an animated series. Thanks to the 5,819 Kickstarter backers that pledged $541,161, Sekai Project was able to bring the title to Western gamers. 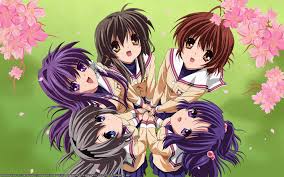 CLANNAD project director Yui-Man Mak stated, “The past 11 months have been a rollercoaster ride of dedication and determination from a truly hard working team. I sincerely hope that everyone will get as much fun out of playing and reading through CLANNAD, as we all did working on it!”

Here’s a quick “About” as well as the title’s key features, as presented on the official press release:

CLANNAD follows the story of Hikarizaka Private High School student Tomoya Okazaki, an emotionally-distant delinquent student. After losing his mother in an accident and subsequently falling victim to an abusive, alcoholic father, Okazaki meets a strange young girl, Nagisa Furukawa, who is repeating the year due to a severe illness. Furukawa enlists Okazaki to help revive their school’s drama club. With nothing much else going on in his life, Okazaki agrees to help, making friends with many of the school’s other students along the way, and learning about all of the different problems and challenges that they face…

You can check out the official opening video with English subs below: