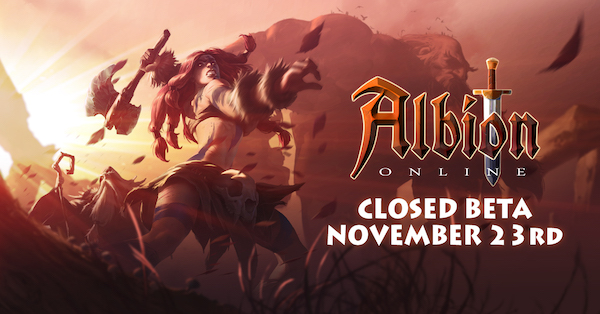 Sandbox Interactive recently began the Closed Beta of Albion Online, their cross-platform sandbox MMORPG. Legendary, Epic, and Veteran Founders were able to join starting on Monday, Tuesday, and Wednesday respectively prior to the upcoming 2016 release on Windows, Mac, Linux, iOS, and Android. There are more than 30,000 founders that are able to participate in the Closed Beta, which will last for several months, and those interested are still able to sign up on the official site.

Stefan Wiezorek, Founder and CEO at Sandbox Interactive, stated, “In an age where MMO’s are increasingly casual in nature, Albion Online represents our vision of what a true modern MMORPG should be. Albion Online combines the classic, challenging gameplay found in classics like Ultima Online, Eve Online and Runescape with the best recent innovations in the genre like classless character customization and cross-platform support. We are now extremely excited to start the next phase of our development with the start of the Closed Beta, and are eager to get our players’ feedback on all the updates and improvements we have been working on since the end of the last Alpha.”