The Danish studio Logic Artists was happy to unleash their asymmetrical co-op spy title, Clandestine, on Steam worldwide on November 5, 2015. This title is set in the period after the dissolution of the Soviet Union and offers players the ability to act as either an American hacker known as Martin or a Russian spy named Katya as they work together to infiltrate corporate headquarters across the world. The team will need to work together as they attempt to discover who is killing off former Cold War operatives.

Jonas Wæver, Creative Director at Logic Artists, stated, “Clandestine offers a unique take on the spy stealth experience with a truly original cooperative experience. After reflecting on player feedback since our launch on Steam Early Access last fall and a series of updates, we feel it is time for players to dive into this globetrotting espionage adventure”. Check out the launch trailer below:

Set in 1996, five years after the dissolution of the Soviet Union, a string of accidents and murders that have gone unnoticed by the public, have put the world of espionage on high alert. Former Cold War operatives, believing their cover intact, are being assassinated around the globe. Soviet and NATO spies are being targeted indiscriminately, causing turmoil and suspicion on all sides.

Clandestine is a truly co-operative espionage action game. Set in a faithful recreation of the 1990’s; Clandestine tasks one player to take the role of Katya Kozlova, an inexperienced yet ambitious Russian field agent. Her partner is Martin Symborski, an American hacker providing tactical assistance in a variety of ways. Inspired by the Ethan Hunt & Luther Stickell/Benji dynamic of the Mission: Impossible film franchise, Katya and Martin must play to their individual strengths and work together in a true cooperative fashion to complete their mission.

During this first week of launch, gamers can take advantage of a special 20% discount off the original price. 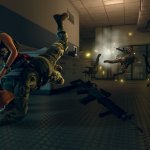 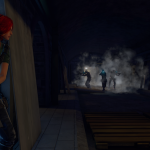 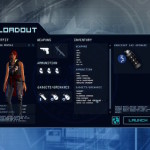 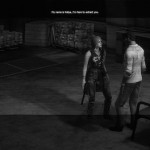