Yoshinori Ono shared new details for Street Fighter V during the Sony press conference at Paris Games Week earlier this week. First he revealed that it will officially be launching across Europe and North America on February 16, 2016.

The second thing that Mr. Ono shared was a confirmation that Dhalsim would be returning to Street Fighter V and is playable in the first demo build, which can be checked out by those attending the Paris Games Week. This special demo featured all of the confirmed characters thus far; Ryu, Ken, Chun-Li, Cammy, Vega, M. Bison, Birdie, Charlie Nash, Necalli, R. Mika, Rashid, Karin, Zangief, Laura, and Dhalsim. Here’s a quick “About Dhalsim”, courtesy of the official press release:

Debuting in Street Fighter II, Dhalsim’s yoga fighting style means that using his long range limbs and slow projectiles will frustrate even the most aggressive of his World Warrior opponents. Although he’s a pacifist, Dhalsim is always saving others whether it’s helping to raise money for the poor or destroying dams that are keeping water from reaching his village. In Street Fighter V, Dhalsim joins the fray again with some new training under his rope belt and new yoga skills to unleash, including his V-Skill (Yoga Float) and V-Trigger (Yoga Burner).

The conference also saw more details in terms of post launch support plans for the game. Over the course of 2016, Capcom intends to add six new characters to the roster, bringing the roster count up from 16 at launch to 22 by the end of the year. There will also be costumes, new challenges, gameplay content, and balance system updates throughout 2016 and even beyond. 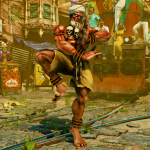 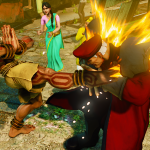 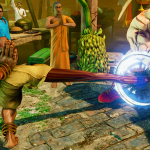 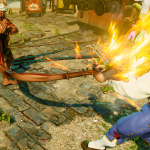 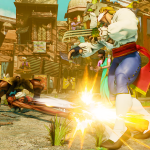 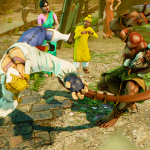 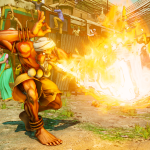 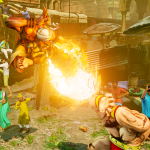 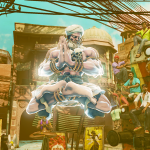 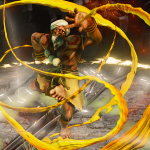 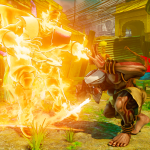 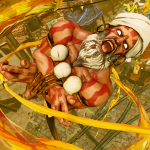 Those thinking that the content is just a cash grab may be happy to hear that all of the content, characters included, can be purchased for free as you earn in-game currency known as Fight Money. This is earned through various in-game activities, such as achieving daily goals and leveling up characters. The gameplay updates and balance changes will be made available to all players at the same time for free.