Guild of Honor now available on Android and iOS 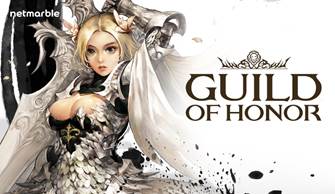 Netmarble Games recently unleashed a new mobile title known as Guild of Honor on both iOS and Android.

Here’s a quick rundown of the game’s story, as presented on the official press release:

Without the threat of Light and Darkness, modern day human civilization has flourished on the Varlos Continent. However, with the battle emerging once more, how will the Light alongside humankind win the war against the evils that threaten their land? With the emperor of the Arel Empire and the last human lord, Castlotte, leading the forces, players have the chance to take over the roles of warriors in order to fight off the Darkness.

There are over 360 different types of warriors available in Guild of Honor, including specialized magical and healing warriors. Guild of Honor also offers many unique challenge modes such as Arena and the Chronicle of Trial, a wave based enemy mode.

Seungwon Lee, President of Overseas at Netmarble, stated, “With every new release, we aim to continuously push the boundaries of what a mobile game should offer. Guild of Honor has a complex storyline with many different features for fans of guild battles to keep the game continuously interesting for players and their fellow comrades.”

Guild of Honor features a massive-strategic guild battle system, allowing up to 100 players to participate at one time. Players will need to foster the various guilds in order to take advantage of the “Guild Level Up” feature that allows them to earn powerful rewards.

Guild of Honor is available free-to-download with optional in-game purchases. on both the Apple App Store and Google Play.