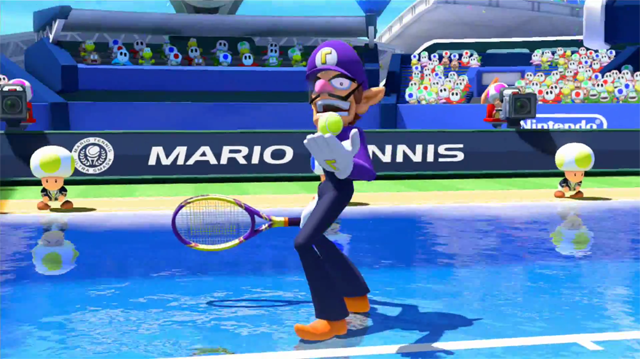 Mario Tennis: Ultra Smash is releasing November 20th, taking the spot that once belonged to the now delayed Star Fox Zero, and Nintendo has recently released a new trailer for the game that reveals more of the roster. Waluigi returns to his claim to fame,  having been introduced in the original Mario Tennis for the Nintendo 64 several years ago. Boo is likely to bring his tricky style back to the courts and Daisy also returns, likely being comparable to Peach.

Interestingly enough, even though the official website shows him, Luigi (and his infamous death stare) is not in the trailer. It is also worth mentioning that the official website shows a silhouette of Yoshi on their “play against family and friends” diagram, but Yoshi seems to be a given anyway. The reveals in the trailer bring the confirmed roster up to eight, including Mario, Luigi, Bowser, Peach, Toad, Waluigi, Boo, and Daisy. More are expected to be revealed by the time the game launches. Feel free to view the trailer below, and check out our impressions on the game from earlier this year.