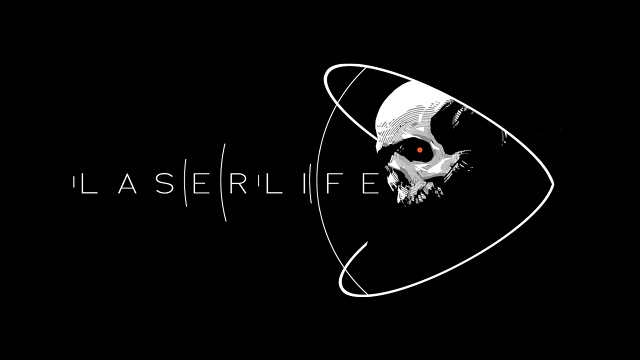 Laserlife isn’t as much of a game as it is an experience. And that’s not a statement about its interactivity, but more about its intent: clocking in around an hour and a half, the rhythm-based sci-fi game is designed to be consumed in a single sitting, preferably with the lights off and the volume up. It’s a story about human experience, it’s both depressing and beautiful, and though I feel like Choice Provisions accomplished their intent with the game, whether or not the game needs to go on your list is really going to be a matter of individual preference more than most games.

In Laserlife, a futuristic alien civilization discovers the remains of a human astronaut floating through space. With no concept of what humanity is/was, they use lasers to reassemble the memories of the astronaut and learn more about his life. If it sounds hyper-conceptual, that’s because it is: the only way that I really discovered this information was by going to the Choice Provisions website. Given, ever since they were Gaijin Games and published the Bit.Trip series they’ve always provided pretty minimal backstory, and like the Bit.Trip games, anything you might need to know you can get out of the gameplay. Laserlife is much more story driven; each level ends with a memory taken from the astronaut’s life, but they’re meant to evoke an overall feeling, one of both wonder and sadness. In that area, Laserlife is successful. When it comes to gameplay, things feel a little rockier. 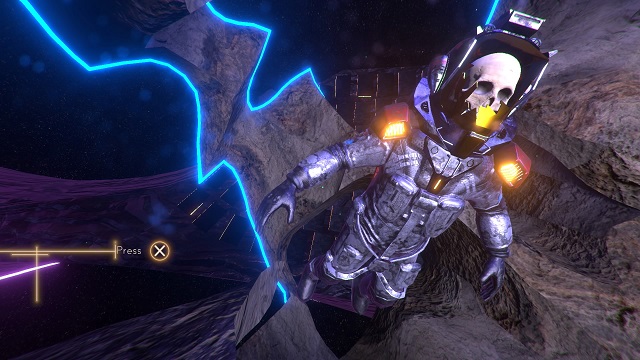 Laserlife has 12 levels broken up in to three set of four, with each level having its own music. As the music plays, you’ll guide an orange laser and a blue laser separately through the thumbsticks, clearing three stages for each level. The first state, memory molecule gathering, requires you to navigate the lasers to the floating particles on screen and tap the trigger at the right time to capture them. The second stage, memory harmonization, has you guide the lasers to float through bullseye-type targets. The final stage, warp, has you move the laser around to avoid giant red gates as they come towards the screen; The gameplay is basic and approachable, but the free motion of the thumbsticks takes away the precise, sharp feeling of the gameplay in the Bit.Trip series. Mind you, with the Choice Provisions re-branding also seems to come a change in attitude and perspective, so some of the comparisons to the Bit.Trip games may seem a bit unfair. But as far as non-dance rhythm games go, the Runner series in particular sets a pretty high bar for any game to follow, and Laserlife’s controls just feel more loose. But when it comes to the auditory/visual experience, Laserlife blows its competition away. 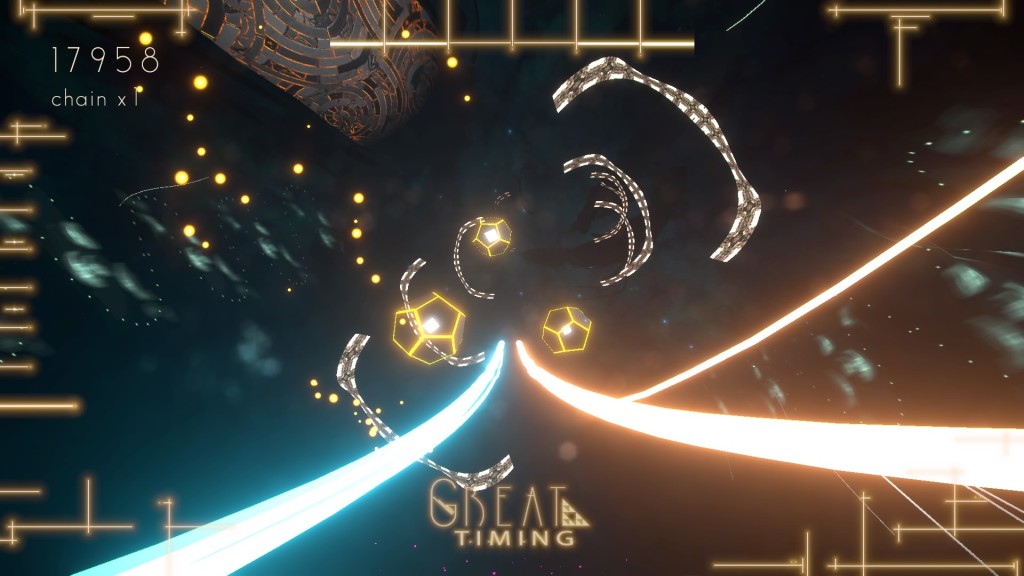 Each set of levels takes place against a different backdrop as you navigate the lasers in the right directions, and each of those backdrops features quality electronic music and stunning visuals. Even from the the beginning of a level where you see the lasers tracing their way through space, you want to spin them in circles and watch them trace their streaks through the air. But the world around the lasers is really the highlight of the game; the drug trip-like scenes playing out in space take you from a crisp, green backyard with a dog made of light to a neural network flickering with brain activity and other trippy experiences. At the end of each level, you’re presented with a memory that represents a significant point in the astronaut’s life: his marriage, his childhood, his space mission. It’s brief, but it’s captivating, and there were times I wished I was watching someone else play it instead of playing it myself so I could take the experience in. 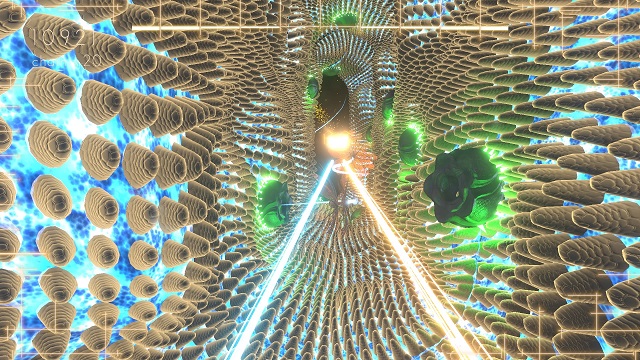 Like Rez and Child of Eden, Laserlife’s visuals and concepts are what really make it stand out in the space. I wish that the gameplay itself felt more solid; that the sound of gathering memory molecules integrated more in to the overall beat of the track; in the face of the visuals and soundtrack, gameplay that isn’t spot on feels strange and more problematic. But the thoughts and feelings that come from a playthrough of Laserlife well worth its time, and there are varying difficulties for those who either want more or less challenge from the game. The experience of being human is both beautiful and ugly, framed by death, and yet somehow becomes more than the sum of its parts; Laserlife helps us remember that.