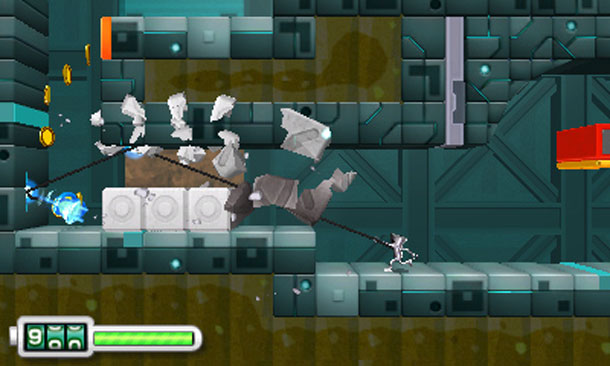 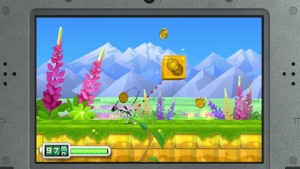 The gameplay premise of Chibi-Robo! Zip Lash sounds interesting at the start: you control the little robot as he zips around, ,collecting trash, candy and plenty of other collectibles.

However, a few issues in the game quickly change it from a fun game to just more of an annoyance.

In the latest game, instead of collecting trash, you’re trying to stop aliens that stole candy and Earth’s resources. Sure, there’s trash to collect as well that can let you heal in levels, but most of what your collecting is that sweet, sweet candy.

The game is a platformer at heart, having you jump between areas and grapple onto ledges with your plug. The plug can also bounce off angles, letting you do some interesting trick shots to get items and to new areas. Your cord starts off small at 6 inches, but can get up to 120 inches in a level by collecting blue orbs. 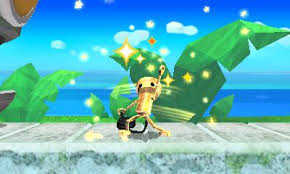 While jumping through levels, there are plenty of enemies to take care of, puzzles to solve and even some sections where you travel by different means, such as skateboards and balloons. As you go through the level, the robot’s health, shown as a power supply, slowly depletes (although it goes faster if he gets hit or falls in a pit). There are batteries to pick up, and you can spend watts gathered by trash to fully recharge as well.

The game serves as a completionist’s dream. Besides the candy to find, there’s medallions to collect, smaller robots to capture and more. Plus, some levels must be played multiple times to get every collectible in a level, as some locations won’t open until a second playthrough.

Unfortunately, Zip Lash has one big problem: the “Destination Wheel.” At the end of the level, you destroy a bronze, silver or gold spaceship that gives you one, two or three spins. The spins are taken to the wheel, which determines how many spaces you’ll move on the map. Unfortunately, the map is a circle, and every level must be played to move on. So, if you pass the starting point without playing every level, get ready to play the levels again. 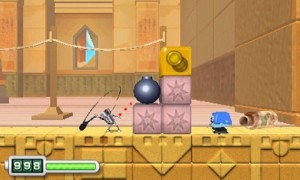 This gets especially frustrating when you only have one left and have to go completely around to try and access it again. Sure, there are ways to buy specific rolls with in-game currency you can find, but if you’re low on funds you’re out of luck. Luck should not be a determination in advancing the stage.

After you beat all levels, there’s also a Boss Wheel to spin as well, although that wheel has only one space and proves to be pointless. Thankfully, after you clear a boss to end a world, you can go back and just select what level you want to play.

Graphically, the game looks alright for a 3DS game. When you’re platforming, it looks good, but the skateboard and wakeboard segments show a bit of graphic letdown sometimes.

Overall, Zip Lash has solid platforming elements, but the random wheel used to move on is a big negative against the game. It’s an enjoyable platformer for a while, but the wheel will become a frustration the farther you get in the game.