Nintendo is sending out demo codes for The Legend of Zelda: Tri Force Heroes 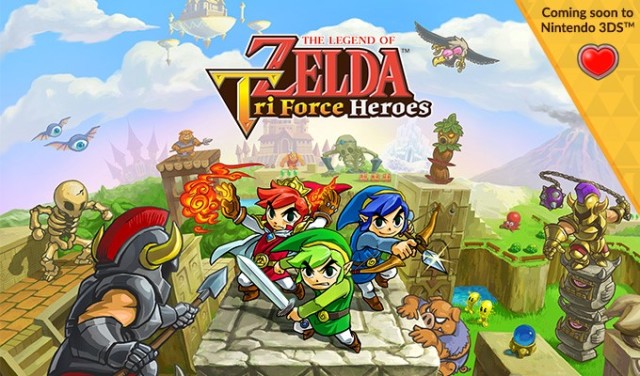 Some people may have received an email today with three codes to play the demo for the upcoming multiplayer The Legend of Zelda game. The demo includes one dungeon, but here’s the catch: the demo cannot be played alone.

The demo specifically leaves out download play, so the only way to play with other people is to share your codes or to find someone else that received them. It is currently unknown as the exact qualifications, perhaps based on previously registered games on the now defunct Club Nintendo, or perhaps based on activity on the 3DS system. Japan has had a similar situation and that was supposedly based on playing other Legend of Zelda games on the 3DS.

Were you lucky enough to receive demo codes? The Legend of Zelda: Tri Force Heroes launches in just over a week on October 23rd.