Remember a few months ago where I mentioned that if enough people pre-order Tales of Zestria on Steam they would also get Tales of Symphonia for free? Well it finally happened! Symphonia is now free for all who had, or will, pre-order Zestria before its released date of October 20! 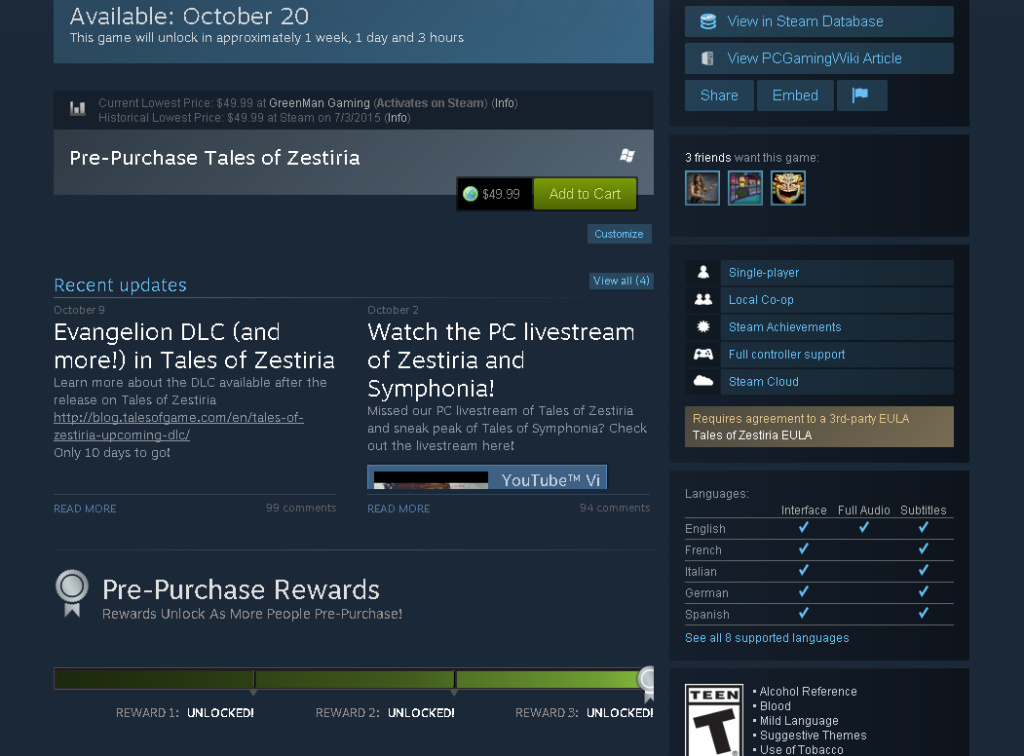 Now I do know that pre-order incentives has come under fire lately, especially with how badly Deus EX: Mankind Divided was done.However I do this is was a decent incentive for fans of the classic Gamecube JRPG. Not a awesome deal for some one like me who already has two copy of the game but still decent for those have never played it before.

As stated before Tales of Zestria come out Oct. 20 not just for the PC but also the PS3 & PS4. PC version of Tales of Symphonia is set to release sometime next year in 2016.