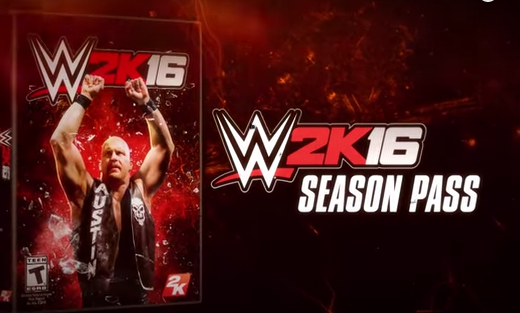 2K has recently unveiled details surrounding the downloadable content offerings, Season Pass, and Digital Deluxe Editions for the upcoming wrestling game, WWE 2K16. The content will include a story-driven 2K Showcase surrounding the WWE Hall of Fame Class of 2015 inductees, access to new moves, unlockable content, and player progression, and many extra playable WWE Legends and WWE and NXT Superstars.

These content packages will begin releasing late 2015, with some arriving in early 2016 for all platforms. 2K has even unleashed a new trailer featuring the DLC gamers can gain access to:

“WWE 2K16 will deliver a unique and extensive selection of downloadable content spanning WWE’s past and present, including the 2015 WWE Hall of Fame-inspired 2K Showcase, a solid offering of new in-game moves and a wide variety of playable WWE and NXT talent,” said Greg Thomas, President at Visual Concepts. “Complementing WWE 2K16’s largest roster in the series’ history, this year’s content offerings provide fans with an all-encompassing WWE experience at an excellent value.”

You can see the full details below, courtesy of the official press release:

About the WWE 2K16 Season Pass

Players may purchase nearly all WWE 2K16 downloadable content at a reduced price point through the game’s Season Pass. For a suggested price of $24.99, a savings of more than 20 percent versus individual content purchases, players will receive the following items as they become available: