Street Fighter producer Yoshinori Ono has been teasing characters just before their reveal, and previously, an image of what appeared to be the distinctive belt of the iconic Russian wrestler Zangief was shown. Not long after, the “Red Cyclone” was officially announced, showing his trademark grappling and lariats. Zangief was one of two remaining fighters to return to Street Fighter V, and now only one remains. Considering that R. Mika has ties to Zangief, and Karin has been recently announced, it may be likely that the final returning combatant for the launch lineup could be Sakura, though at this point, it can be anyone really. 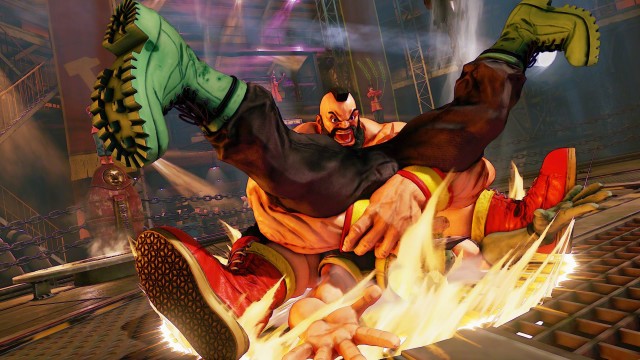 Despite the recent official announcement, it seems that Famitsu has accidentally leaked images online for one of the brand new fighters. Laura, who is seemingly a Brazilian fighter with electric based attacks, a similar trait of series regular Blanka. She is the first new female fighter announced for the title and the third newcomer to be revealed. In the screenshots, she can be seen fighting Ryu with a sort of Brazilian jiu-jitsu style, also utilizing what appears to be electric projectiles. Yoshinori Ono recently posted a tweet on his twitter that seemingly reflected his thoughts on the leak:

“I have been stabbed from behind..However I’m thinking about working hard on @EGSmexico @BrasilGameShow NY comic-con.Plz get out of my way…” 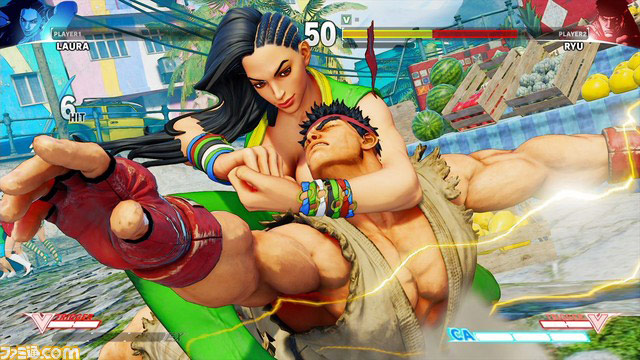 This tweet may indicate that Yoshinori Ono was going to make the official announcement at the Brasil Game Show next weekend, making the leak a good week before the expected reveal. It is unknown if Capcom will still wait till BGS to show the new character, or if they might possibly release official media considering the way the leak has spread. Either way, this news means that there are only two more fighters remaining to announce for the launch lineup, one returning fighter, and one newcomer. Street Fighter V is releasing exclusively for PlayStation 4 and PC early next year, and feel free to watch the reveal trailer for Zangief below.