Preview | A Second Look at Smugglecraft 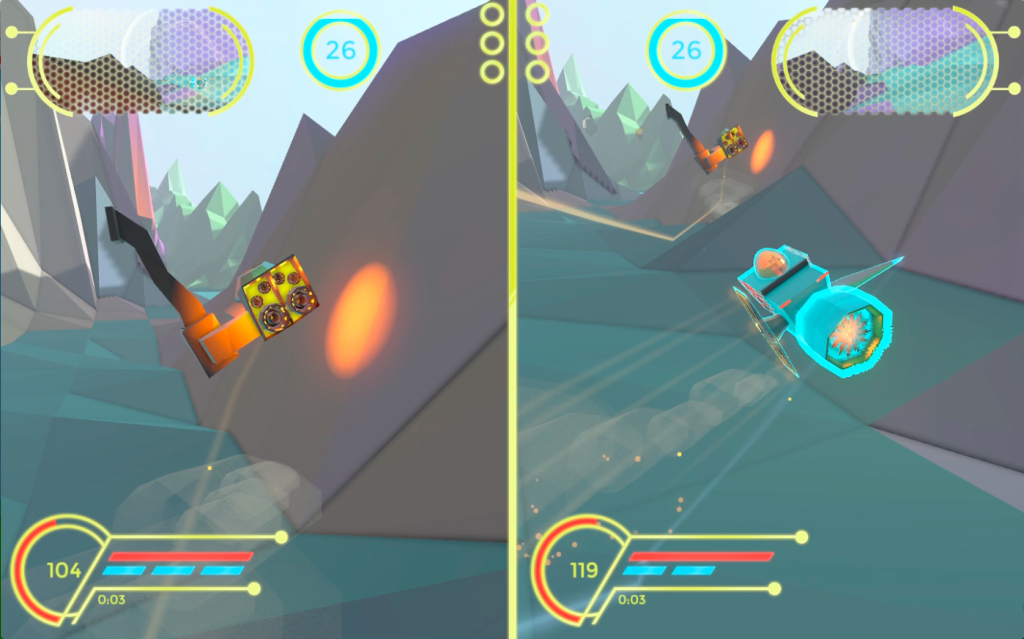 PixelPop 2015 featured plenty of indie games spread throughout the show floor. St. Louis-based Happy Badger Studios was on-hand to show off the current build of their upcoming hovercraft racer, Smugglecraft. We’ve taken a look at Smugglecraft in the past, and the put a lot of work into their current build. So graphic touchups, refined physics, and new track design, the craft racer portion of the game seems to be coming along swimmingly.

Smugglecraft is Happy Badger’s take on the racing genre; they’ve created a low-poly world where you play as a smuggler taking goods from one location to another while trying to meet deadlines and not end up wrecking your hovercraft. The game is procedurally-generated, so no two missions are the same. In addition to a single player campaign, the team is also working on large-scale multiplayer; they hope to have races where up to 16 players can compete against each other for track supremacy. In addition, they have a track builder mode that allows you to use any of the centerpieces the game automatically uses for track design to create your own custom, challenging courses. After doing a few races with Ben Triola, a member of the Happy Badger team, I could see many of the places they tweaked for the better, though they’ve still got a few kinks to work out. 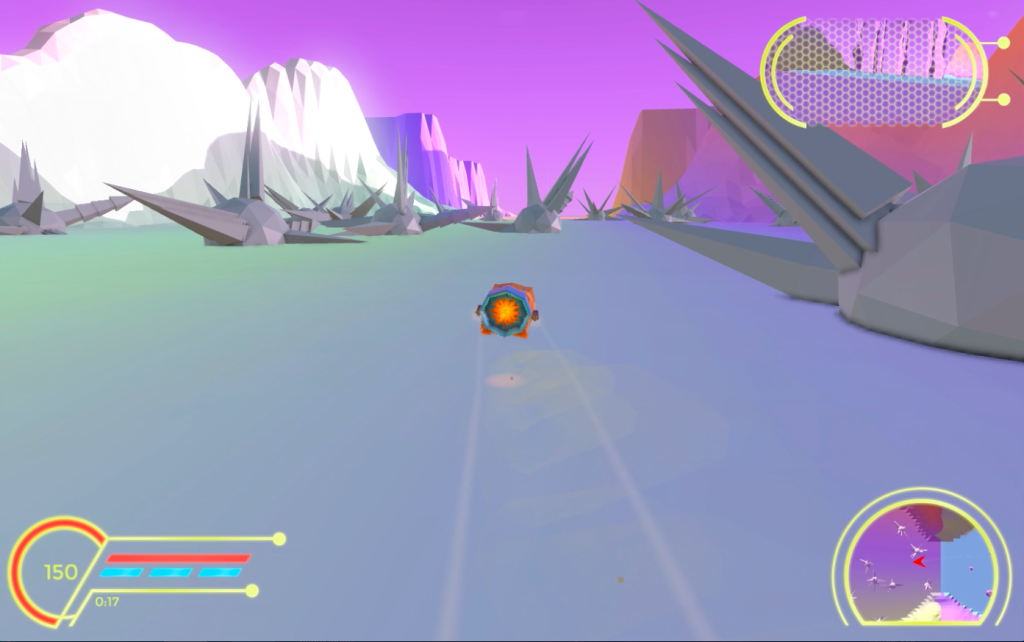 At its core, Smugglecraft is a quick-and-dirty racer; races only take a couple minutes to complete, and there are no laps for repetition. Playing it feels a lot like podracing from Star Wars, complete with crashes and destruction. They’ve made the boost mechanic much easier to access, allowing you to get a quick speed boost with a small drift maneuver. Also, new track pieces have been designed to give some additional variety to the gameplay; new tunnels, jumps, and canyons all add some new energy to the game. Still, when it comes to getting aggressive in Smugglecraft, it still feels like rolling the dice; I couldn’t really predict whether sideswiping my opponent would send him or me up in flames. Collision physics or something they’re still working on, but I can’t help but imagine that if you have tons of other racers on-screen, you’d really want to be able to knock them into the great abyss below.

Graphically, the game has come a long way since last viewing. Textures look smoother, and the landscapes feel textured, though still fairly open. Colors feel brighter, and the characters (which still look like they have mustaches to me) fit the overall tone of the game well. The modular craft creation system allows players to generate tons of wacky and crazy hovercraft combinations, including a couple that look like pieces from TIE-fighters. The team plans to implement a crafting system which allows players to use resources they obtain in-game to create new, useful hovercraft parts. It looks like there will be plenty to do when Smugglecraft releases to keep races interesting.

Of course, my biggest interest is in the game’s story, but I didn’t see many updates to that portion of the game. One of the most intriguing parts about Smugglecraft to me is its focus on integrating a thought-provoking story into a racing game: do you take a job running food to refugees, or expensive goods to the local rich? With a bounty on your head and limited time, Smugglecraft has the potential to add an interesting moral mechanic to the genre. The world map for single player did seem to receive an update, and some missions seem to arise depending on completion of other missions, but I’m really interested to see how the team directs focus to the story of the game if all the action takes place in solitary canyon runs. I’d hate to think that players would skip past a well-composed story just to get to the racing action, even if the racing action is fun.

We’ll be keeping an eye on Smugglecraft as it develops; it’s already been featured on the PlayStation blog and will release on PS4 and PC when it comes out in 2016. Here’s to hoping it’s a good year for racing fans looking for a little sci-fi in their lives.