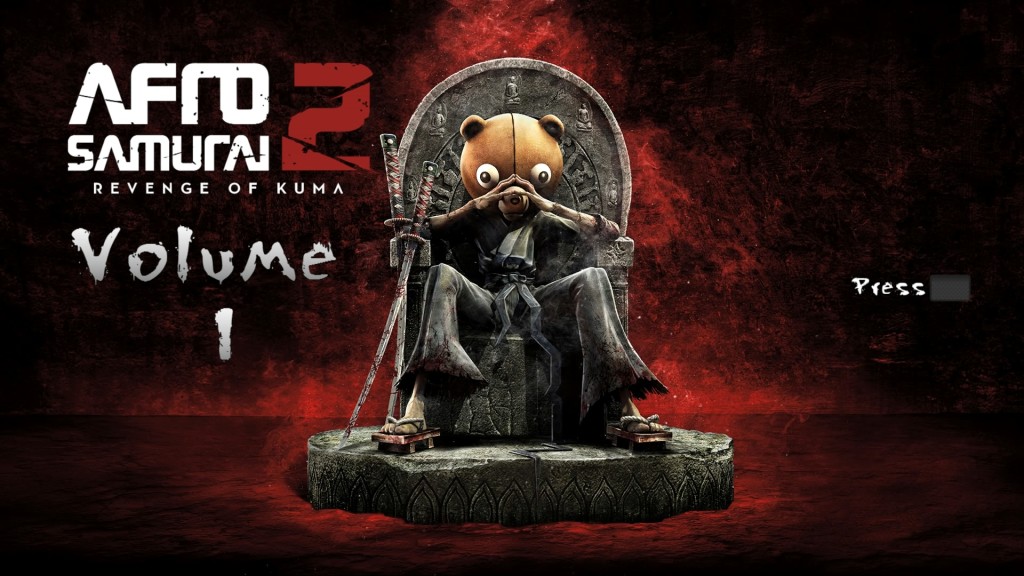 I haven’t played the original Afro Samurai, and I’ve only seen bits and pieces of the original anime. That didn’t stop me from being excited about Afro Samurai 2: Revenge of Kuma when I heard about it. A hip-hop infused, swordplay-oriented fightfest is hard to turn down, after all. Or, at least, it should be. Unfortunately, clearing the first part of the episodic release of Revenge of Kuma doesn’t quite leave me chomping at the bit for more. Though some of the voice acting is expertly delivered by series veterans, a rough story and a muddy combat engine mixed with multiple glitches make this game a rough experience.

Admirably, Revenge of Kuma strives to replicate the visual and narrative style of the original anime. In the world of Afro Samurai, warriors chase after mystical numbered headbands; the owner of the number 1 headband is untouchable, a god to everyone…everyone except the person with the number two headband. Revenge of Kuma takes place after Afro murders village elder Sword Master to claim the number two headband, leaving his home village vulnerable to attack. His “brother,” Jinno, witnesses the murder and attempts suicide, but is found by a group of monks called the Empty Seven who revive him and give him robotic modifications to avenge Sword Master’s death. The game follows Jinno’s quest to find Afro and get revenge, but that quest isn’t quite an enjoyable one for Jinno…or the player in many cases. 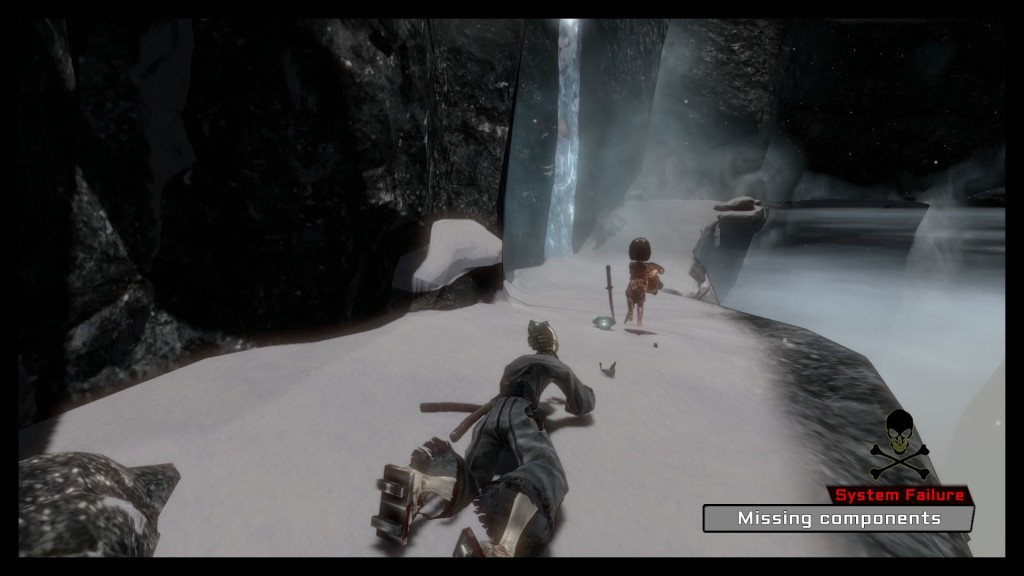 The first half of Volume 1 is really a tutorial: a long-winded, quasi-interactive tutorial meant to catch you up to speed on both how to play the game and Jinno’s backstory/motivation. Flashbacks that take you to Jinno’s village before the murder are mixed up with dream-like cutaways where you learn new sword styles and finishing moves…neither of which you can actually use during those flashback scenes. Short combat scenes with 3 or 4 grunts are peppered between overly-dramatic cutscenes (most of which repeat the same song from the soundtrack over and over again). And before every flashback, Jinno yells out “I remember! I remember…EVERYTHING!” This leads me to believe that he doesn’t ACTUALLY know the meaning of the word “everything.” Jinno tends to be a man of few words, a man repeating those words frequently during the first half of the game, including “What have you done? What have you DONE? Look at what you’ve done!” Also, you spend a lot of time crawling. It’s likely meant to be dramatic, but it feels a bit slathered on and feels like it’s getting between me and the combat I crave. 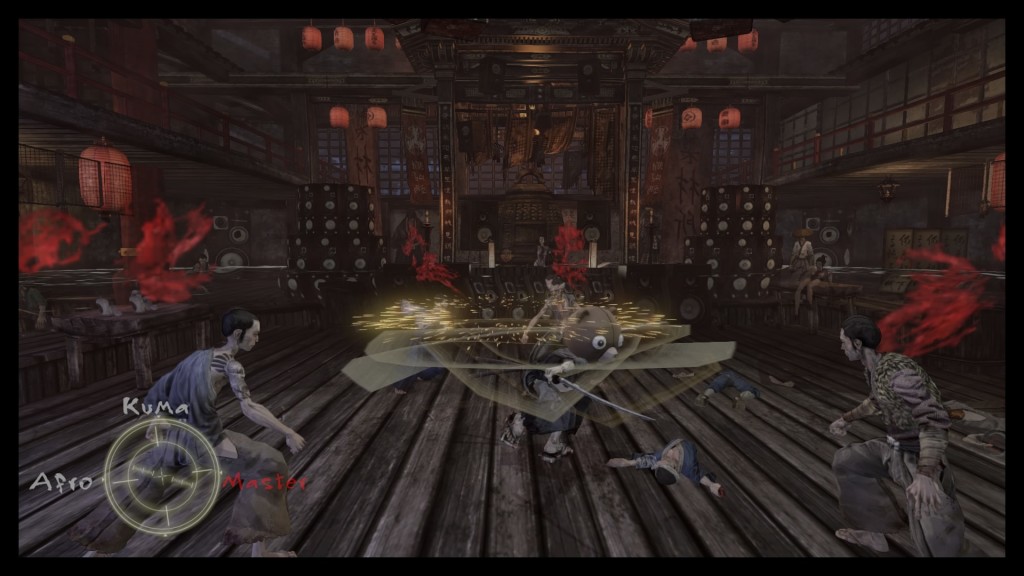 Unfortunately, the combat doesn’t end up being very fulfilling, either. As Kuma, Jinno’s cybernetically-enhanced persona, you have access to three fighting styles: the 1v1 combat Kuma Style, the area-control-oriented Kuma style, and the evasive, defensive Afro style. Switching between these three styles is key to success, as certain enemies can only be defeated by combining attacks from different styles in succession (get your combo counter to a certain point, then vault over an opponent with Afro Style, then use the Kuma style finisher, for example).

This is all powered by a sluggish version of the Arkham combat engine, with the typical mash-attack-and-counter-when-indicated system that’s starting to show its age. The countering system in Revenge of Kuma in particular isn’t very responsive, leading to many broken combo chains when in the heat of combat with multiple enemies. The combat also feels old quickly because there aren’t any new moves to learn through the episode: you get access to all of Kuma’s moves from a particular style the second the style is unlocked, save for a finishing move paradoxically listed at the end of the skill tree, but unavailable until Volume 2. 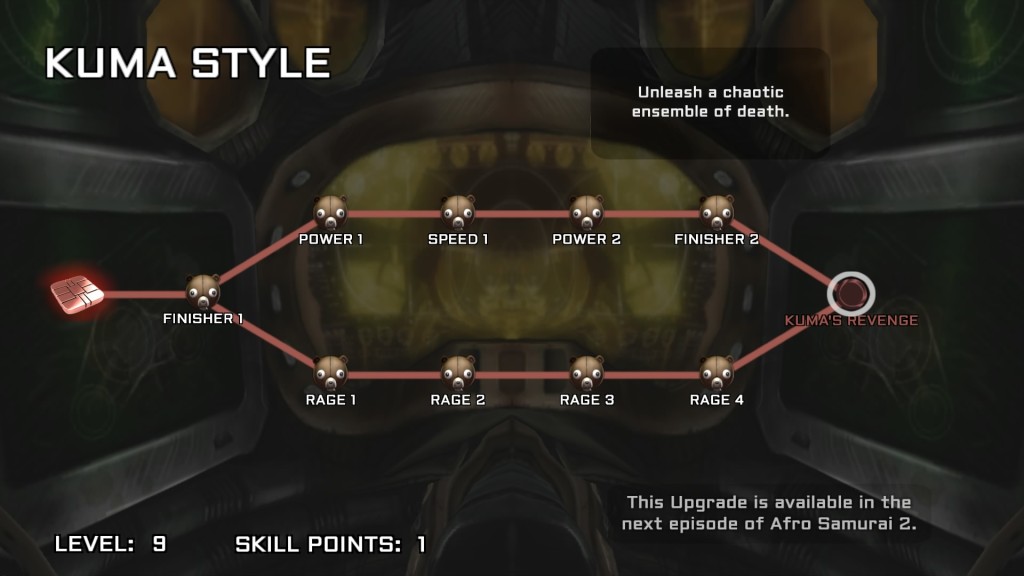 It’s a shame that playing the game feels so rough, because looking at the game can be great. Using a cel-shaded art style, many of the set pieces look great and capture the swagger-filled feeling of the show. Also, Revenge of Kuma feels like a treat to the ears; Phil Lamarr reprises his role as Brother 3, and many characters are voiced with great performances. The soundtrack, headed by The RZA from the Wu-Tang Clan, has some fantastic choices once you get past the first repetitive track, and makes me wish there was more hip-hop in video game soundtracks. From a style perspective, Revenge of Kuma seems to capture the essence of the original animation and provides an experience to fans of the series that they could appreciate.

The game might feel passable if this were all there was, but the glitches are the icing on the cake that make me wish this game spent a few more months in the oven. Though they released a patch soon after the game’s release to handle some of the early AI issues, I fell through set pieces into oblivion, found enemies stuck in walls that prevented me from finishing levels, even watched my cursor completely disappear while navigating the upgrade menus. The original Afro Samurai game for PS3 and X360 was said to be rather glitchy, and it seems that this one didn’t quite learn how to improve. Though it’s hard to track down all the potential issues in a game, the scope of this episode seemed to be narrow enough that many of these bugs should have been discovered before release. 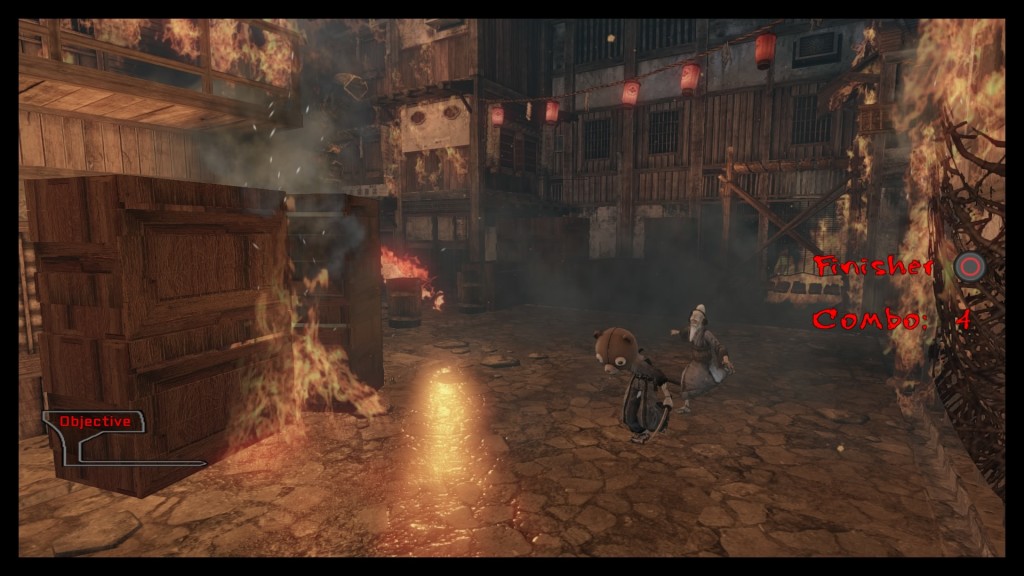 I can hope that Volume 2 of Afro Samurai: Revenge of Kuma is better than the first, but I found myself asking multiple times while playing through the game: “What if Volume 2 never gets made?” Technically, episodic game creation could be a good way for developers to hedge their bets and keep from throwing more money at a project that won’t be financially successful. I’d love to believe that Volume 2 could come back and blow my mind: I like the Afro Samurai universe, and the soundtrack and world of Revenge of Kuma make me feel like I’m watching the show. But the parts of Revenge of Kuma that make me feel like I’m playing a game remind me I’m playing a bad one, and in a world where there are so many other similar titles, it’s hard to imagine this one rising to the top.