Total War: ARENA has received the biggest update yet, known as the Fury of Arminius. This update introduces a brand new faction, a new Commander, and a new map to the team-based strategy game.

First up is the new Commander, Arminius. He enters the field with a horde of fierce Barbarian units, bringing together stealth, subterfuge, and lightning hig-and-run tactics. You can check him out in the official trailer:

The new map introduced in this update, known as Rubicon, is the first river crossing map to be added to Total War: ARENA, offering up quick access to the enemy camps, if you wish to risk being caught out in the open. You may recall that Caesar’s crossing of the Rubicon River marked a pivotal point in ancient history, and this new map opens up new tactical opportunities for all three factions. 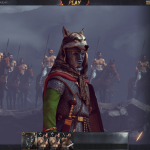 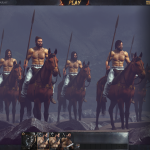 There have also been several improvements, fixes, and rebalancing, all thanks to the feedback that Total War: ARENA received during its Closed Alpha phase. You can see the full update notes on the official site: https://blog.totalwararena.com/

Total War: ARENA currently has servers in Europe and Russia, with US servers scheduled to come online soon. It is free to play, and gamers can sign up for the Closed Beta here: https://playarena.totalwar.com/