Call of Duty: Advanced Warfare new Weapons Coming Out Next Week on Xbox One

Next week, in the Xbox One version of Call of Duty: Advanced Warfare will be added two new weapons. The day when the weapons are expected to make their appearance is September 29.

The MP40 is a fully automatic sub-machinegun. It has a steady rate of fire which can be used in bursts to maintain accuracy at distances.

The classic 1911 pistol returns as the first new secondary to be introduced to Advanced Warfare. This pistol has stood the test of time, being used as the standard issue firearm by the U.S. Armed Forces from 1911 to 1986.

A MP40 and a M1911 will be available at first on Xbox One, and almost a month after this the two weapons will be made available in the PC and the PS4 versions too. 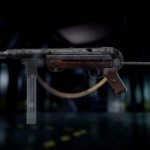 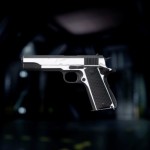