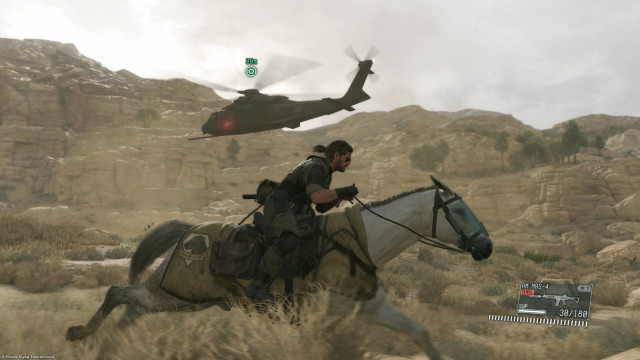 Gaming may not have the largest stable of iconic figures when it comes to those behind the scenes. Shigeru Miyamoto, Cliff Bleszinski, Yuji Naka, etc. Even though it doesn’t have a large list of well known names, some of them still manage to show that video games are art, and they do it in such a unique way that it’s incredibly difficult to imitate properly. Hideo Kojima is one such figure. No longer with Konami, Hideo Kojima released one last swan song in his epic Metal Gear saga, as Metal Gear Solid V: The Phantom Pain has finally arrived. Kept you waiting, huh?

With this latest entry, there are a lot of things that fans will recognize as a staple to the series, but there are also a lot of new things. Metal Gear Solid V: Ground Zeroes gave the first Kiefer Sutherland performance for the series, and though he didn’t have that much dialogue in that prologue game, The Phantom Pain really brings his take on Big Boss (AKA “Venom Snake”) to the forefront. David Hayter is definitely missed, but it would be hard to imagine the same lines of dialogue in The Phantom Pain with Hayter’s gruff voice compared to Sutherland’s more subtle version. It works a lot better than one would imagine, and aside from Kiefer Sutherland, the rest of the game has solid voice work from other actors like Troy Baker and Robin Atkin Downes. A newcomer to the series, Quiet, also has an emotional story to tell, and though she doesn’t speak, Stephanie Joosten still brings her character to life through motion capture and a soothing hum. 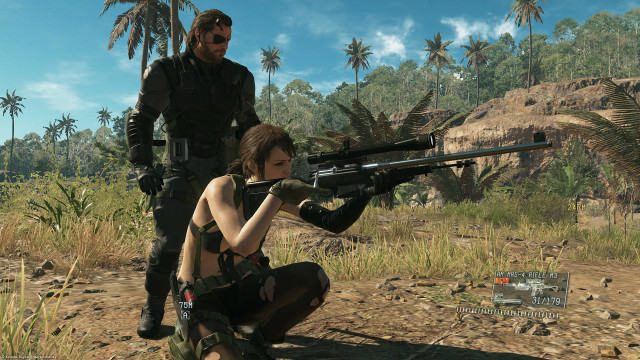 Aside from the performances, the gameplay is full of variety and flexibility. Taking things a step further from Ground Zeroes, The Phantom Pain offers players the chance to do things like give commands to partners while on missions, call in air support, hide from enemies in new ways, and even play as an endless supply of randomly generated soldiers that have their own unique traits and abilities. This is a different kind of Metal Gear, one that gives players more options than any other, and it works incredibly well. The downside? Since the game has a large open world to explore, and there are so many options, the narrative takes a slight hit. There is still quite a good amount of cutscenes, but now a lot of the story is played out through various cassette tapes and mission briefings. A real story mission plays out maybe every three missions or so, making a lot of the missions feel a bit like filler, but they are still very fun and engaging. From time to time even the Side Ops offer a bit of story.

Like many Metal Gear Solid titles, the game rewards the player for having a stealth approach. Yes, it is possible to run and gun in this game, but the real rewards come when the player takes their time to recon their objective, marking their targets, using non-lethal weapons, suppressors, and interrogation techniques to gather intel. Prisoners need to be extracted, blueprints need to be found, and many of the enemies that guard the many posts throughout the game have valuable skills and stats that could be a great asset to joining the Diamond Dogs on Mother Base. 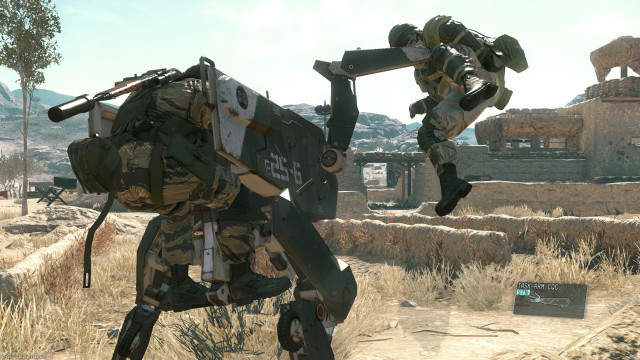 Similar to Metal Gear Solid Peacewalker, the Fulton Recovery System makes a grand return, allowing extraction of incapacitated enemies, prisoners, vehicles, weapons, resource containers, and more. All of this will be used to populate the Mother Base, which through the course of the game, will continue to grow. Expanding Mother Base allows Venom Snake to receive some pretty awesome items through research and development, but also adds a bit of a hub area for the player to explore. Eventually, a combat platform will be developed and the player can dispatch soldiers on their own missions to recover more recruits, resources, or GMP, which is essentially the currency of the game. These soldiers can also sabotage enemy supply, allowing shipments of helmets, weapons, flashlights and more to be absent in missions that the player decides to tackle.

Even though the story is a bit lighter, it is still a strong narrative that is filled with captivating moments. Top it off with some beautiful graphical details, a strong sense of imagination, and just a little bit of weirdness, and you have a Metal Gear Solid game true to form. The Fox Engine used to power the game scales well, but really shines on current generation consoles and PC, with realistic looking environments, great texture detail, and efficient modeling for a good performance. There can be slight frame hiccups here and there when the action gets a little busy, but it is very rare, and hardly does it obstruct gameplay. 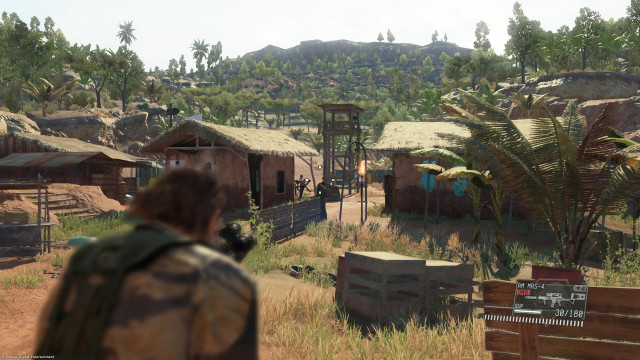 The game plays out with several main missions until finishing the first chapter, then the player is given new main missions that mix up previous ones, giving special rule sets or just making enemies that much harder. Even though the main story is technically complete by that point, returning to Mother Base and finishing up loose ends turns up even more closure for the game, and in a sense, the series as a whole. Metal Gear Solid V: The Phantom Pain is a beautiful swan song, not just for Hideo Kojima’s epic franchise, but for Konami as well. Given Konami will be changing direction for their games in the future, they couldn’t have picked a better title to cap off their big presence in the the games industry.

Even now, after completing several missions and side ops, there is still a ton of game to go, and it reflects back on something Hideo Kojima said himself. “Players will start complaining that they can’t clear the game, [it’s] too big to clear.” While there are no complaints on the scope of this title, he wasn’t kidding, as the game is packed full of replayable missions, an epic story, great Easter eggs, and even a great soundtrack of original music, as well as a great selection of 80’s music to embrace the time period of the game. The series has always been known for being replayable, but given the mission structure and the number of tasks that can be given to each, not to mention the little side things the player can choose for themselves, the game truly is a great example of a complete game. Even given the delay of Metal Gear Online, the game still feels complete. 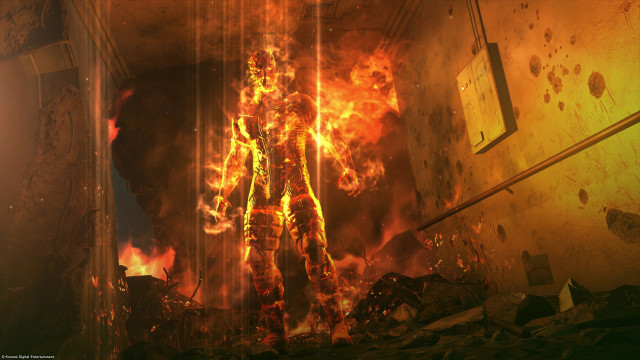 Despite Metal Gear Online not being a part of the launch of the title, the game still offers a sort of multiplayer feature with the Forward Operating Bases. At a certain point in the story, the player will get the option to create a second base, giving them the ability to not only defend it with their own army and weapons, but also the ability to attack another player’s base. This not only allows the collection of more GMP, but also allows you to take other soldiers from real players. It’s a fun little distraction and adds a bit of importance to the constant collection of soldiers and weapons, as well as development for new items. Hideo Kojima, for Metal Gear Solid V: The Phantom Pain, top honors are deserved, for it is truly a masterpiece. Even given the fantastic twist, there is no doubt that fans will feel that it was worth the wait to see the missing chapter of the story.