Spike Chunsoft and Nippon Ichi Software have recently released another entry in their popular Danganronpa series, known as Danganronpa Another Episode: Ultra Despair Girls. Unlike previous games, however, this isn’t a visual novel, but is a third-person shooter. Will the change from visual novel to city under assault by the beloved mascot, Monokuma, be well received, or is it a mistake on the developer’s part? 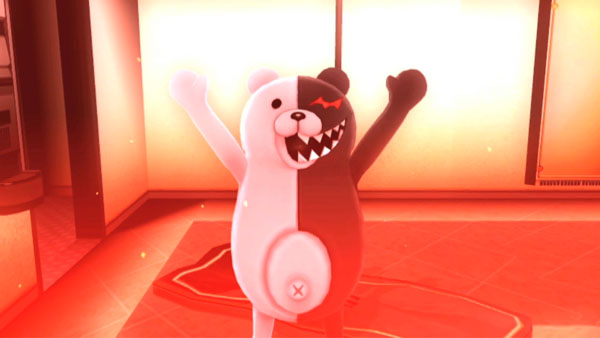 Warning: This review will contain spoilers for the first game, due to the nature of Ultra Despair Girls.

Danganronpa Another Episode: Ultra Despair Girls takes place in Towa City, one of the few remaining bastions of civilization in the ruined world. Here you will take on the role of Komaru Naegi, the younger sister to the first game’s protagonist, Makoto.

Komaru has been locked away for a year, with very little contact (they merely give her food daily) with anybody from the outside world. Due to her situation, she has no idea what grim state the world is in though she soon finds out to an extent when the city is overrun by the killer Monokumas and Monokuma Kids.

Komaru has a bit of luck, however, as Byakuya appears in time to rescue her from the murderous Monokuma that has busted down her door. He arms Komaru with the Hacking Gun, and recommends that she head to the nearby cafe to meet up with other members of Future Foundation.

She arrives, and everything appears to be fine at first. The waitress even believes that Komaru is crazy when she tries to explain what’s going on. That, of course, soon changes, as a group of Monokumas burst into the cafe and kill everybody in sight.

Soon after, Komaru is captured by the ringleaders of this uprising; Five kids known as The Warriors of Hope. They explain their plan to create a paradise for children, of children, by children, and, after seeing Komaru’s reaction to this plan, decide to play a game with her. 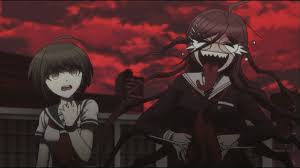 This game, known as Demon Hunting, comprises the rest of the game as you attempt to escape the kids. Along the way, the Ultimate Writer from the first game, Toko Fukawa (who shares a split personality with the serial killer known as Genocide Jack), rescues you from yet another onslaught of Monokumas and proceeds to join you from then on.

Though the plot utilizes a different structure from the previous games, it still has its share of crazy twists and revelations that tend to be quite intense and are, perhaps, some of the best-executed moments that the franchise has seen.

In terms of characters, creative and larger than life characters have been a series staple from the start, and fans will be pleased to note that Ultra Despair Girls is no different. The Warriors of Hope are a twisted group that are also quite fascinating, despite (or perhaps partially due to) the fact that they are merely children.

Komaru is a regular girl, considered average in everything, though she develops quite a lot as the story progresses. On the note of Toko, many gamers felt that she was one of the least fleshed out and likable characters from the original title, but she is developed quite nicely in this game. 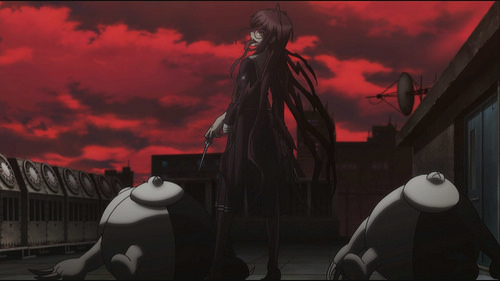 Toko is fleshed out much better in this title than the original game.

That said, several of the game’s secondary characters suffer the original Toko’s fate in not being fully fleshed out, and it feels that this results in some wasted opportunities for many of them.

The world of Danganronpa has never been a happy-go-lucky place, and Ultra Despair Girls takes this a step farther, exploring themes that are even darker and heavier than those explored in previous titles.

The streets are literally filled with mangled corpses, and though they are mostly represented by differently colored models (blue for men, pink for women), this does little to lighten the mood, especially when many tend to be in positions that make you wonder, “How on earth did they die in that position!?” 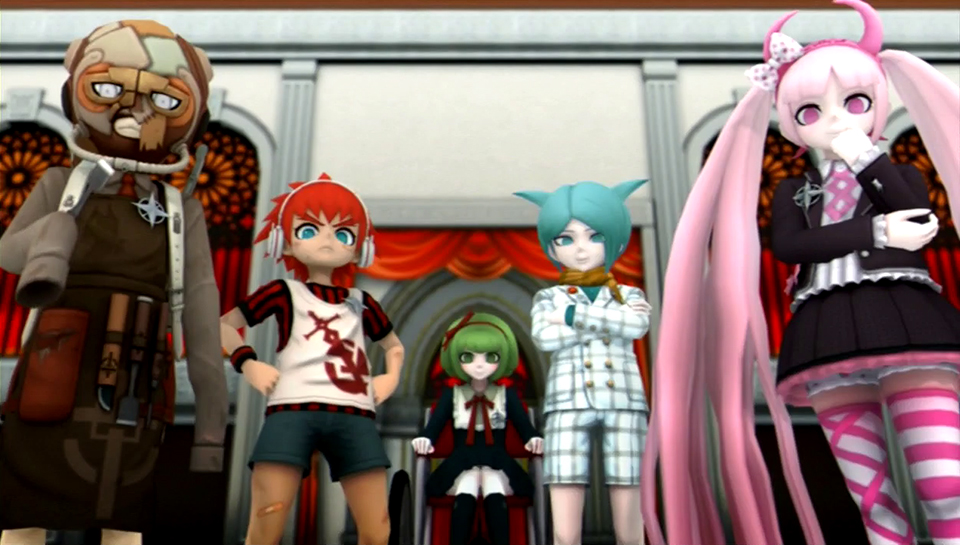 Meet the Warriors of Hope.

As you explore the world, you’ll find written accounts of the new tragedy’s victims. These accounts flesh out the world even more, and most tend to be rather depressing, even for the Danganronpa universe. It’s made even more depressing when you consider that the corpses are all there due to the young antagonists, who display a rather surprising level of direct cruelty. Because they are kids killing adults, it will definitely bring up some uncomfortable topics, which many games are unwilling to speak about.

There is still some humor in the world, though it, as with previous titles, tends to be rather dark and sometimes completely inappropriate. Of course, there’s usually a deeper meaning to even the humour, though players may not realize it until after the fact.

Danganronpa Another Episode: Ultra Despair Girls mostly utilizes 3D models as you proceed through the game. Your Hacking Gun utilizes the iconic “truth bullets” from the series, though they come in several different varieties.

The default bullet you begin with after the gun is downgraded at the beginning is the “Break” bullet. This will likely be your most-used bullet as you use it to shoot the hordes of Monokumas and destroy them. If you hit the left eye on a Monokuma, you can kill them with one shot and power up your next Break bullet. 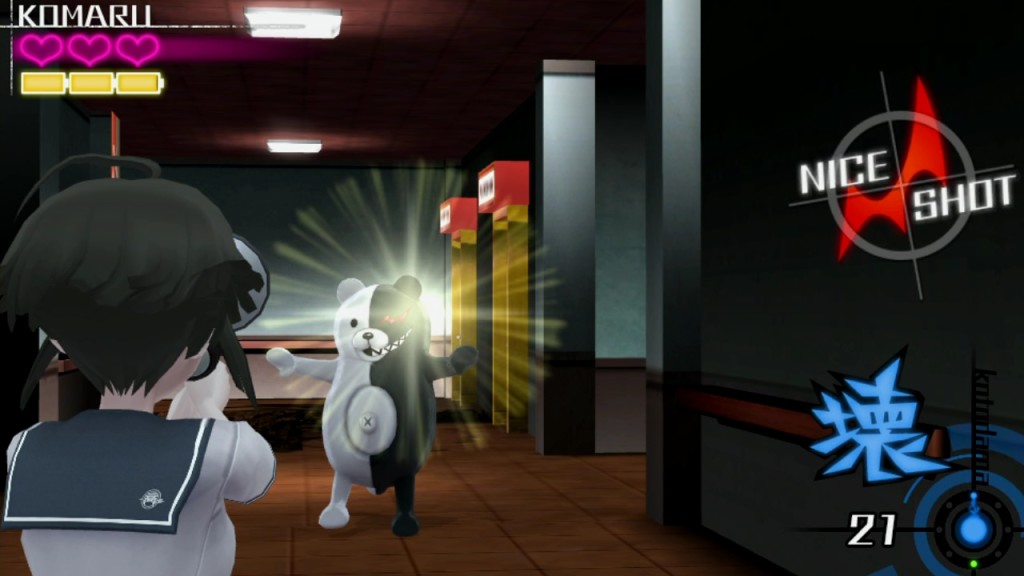 Shooting the left eye nets you a one-hit kill and a super-powered next bullet.

There’s also the “Knockback” bullet, which is weaker, but knocks enemies away from you, “Dance”, which can be utilized to make your foes dance in place, making them easy targets, and several others.

Not all Truth Bullets are combat-related, however. A few are more utilized for environmental purposes, such as using the “Move” bullet to force cars into Monokumas and get free items from vending machines (once per machine). “Detect” is another more environmentally-focused bullet, used to track down clues or uncover the five hidden kids in each chapter.

If things start to become too difficult, you can swap over to Toko, who immediately assumes her invincible, scissors-wielding serial killer form, Genocide Jack. Genocide Jack makes most encounters a cakewalk, allowing her to bulldoze through hordes of Monokumas with barely any effort. 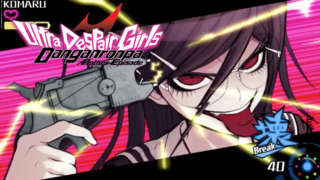 This indestructibility comes at a price, of course, which is limited by the amount of batteries you have. This, as well as various other skills, can be upgraded as you play at the Monokuma Kid shops you’ll encounter in the city.

When all’s said and done, the combat is functional, but doesn’t really stand out from other games in the genre. The various skills you can find throughout the city can make it feel less tedious, but I did find myself looking forward to the cutscenes more than the gameplay. Not that the gameplay is bad, it’s just that the scenes tend to be more interesting in most cases.

One exception is the special rooms that you’ll encounter somewhat frequently throughout the game. These rooms house a special “MonokuMan” gaming machine, and you’re tasked with taking out every single one with one shot. The method to do this varies from room to room (for instance, you may have to make a Siren Monokuma dance, then take out a Bomber Monokuma so the explosions wipe out all the others), but it can always be done.

All things considered, Danganronpa Another Episode: Ultra Despair Girls is another fantastic, fun-filled entry in the series, and definitely worth your time. Though there are some lackluster moments, particularly in the actual gameplay segments, the pros in the game more than make up for the shortcomings.

Fans of the series will likely love the dysfunctional cast, as well as the story on the whole. That said, if you haven’t played the previous titles, I would highly recommend going through those first so you aren’t spoiled too badly on the story.