Creative Assembly continues their “Introducing…” video series with the Dwarfs 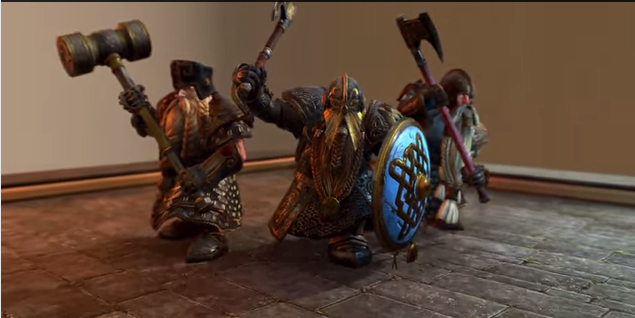 Creative Assembly has continued their Total War: WARHAMMER: Introducing… series by showing off the Dwarfen Axe and Hammer Units that you’ll be able to utilize in-game. This video, which can be seen below, sheds light on the proud and stout humanoids.

The above video, as you can see, focuses on three melee units that Creative Assembly states, “exemplify the Dwarfen combat style with their ornate axes and hammers”. These units are the Longbeards, Ironbreakers, and Hammerers.

Dwarfs are going to be one of the four playable races in the initial launch of Total War: WARHAMMER. They are expert miners and craftsmen who toil daily in ancient forges, smithing centuries of hereditary knowledge into unparalleled arms and armor.

We’ll keep you updated on the new videos as they are released, but are you looking forward to commanding an army of dwarfs?