Revolution Software was thrilled to reveal that another iconic game in their popular Broken Sword franchise will be arriving on PlayStation 4 on September 8, 2015, and Xbox One on September 11, 2015 at a price of $29.99.

Charles Cecil, Founder and CEO of Revolution Software, stated, “We are thrilled to be bringing Broken Sword 5 – the Serpent’s Curse to PlayStation®4 and Xbox One in September. We have had the opportunity to make numerous enhancements including more animations, better audio and some exclusive content in the form of a character gallery section.”

In addition to this announcement, they’ve shared a gameplay video demonstrating the user interface on a current generation gamepad across different scenarios in the game. Check it out below:

Here are a few screenshots shared by Revolution: 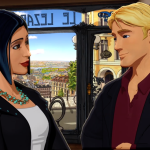 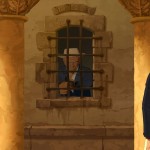 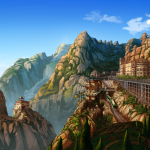 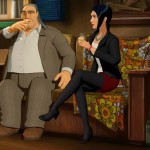 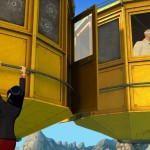 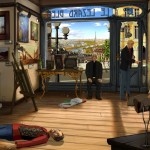 And here’s a quick “About”, as presented by the official press release:

Paris in the spring. Shots ring out from a gallery…

A robbery – a murder – and the beginning of another epic original Broken Sword adventure.

An adventure that will hurl intrepid lawyer George Stobbart and sassy journalist Nico Collard onto the trail of a murderous conspiracy forged in the cauldron of war-torn Europe. A conspiracy whose roots lie in mysteries older than the written word.

Armed only with logic, integrity and a wry sense of humor – can George and Nico outwit evil forces both ancient and modern and save mankind from disaster?