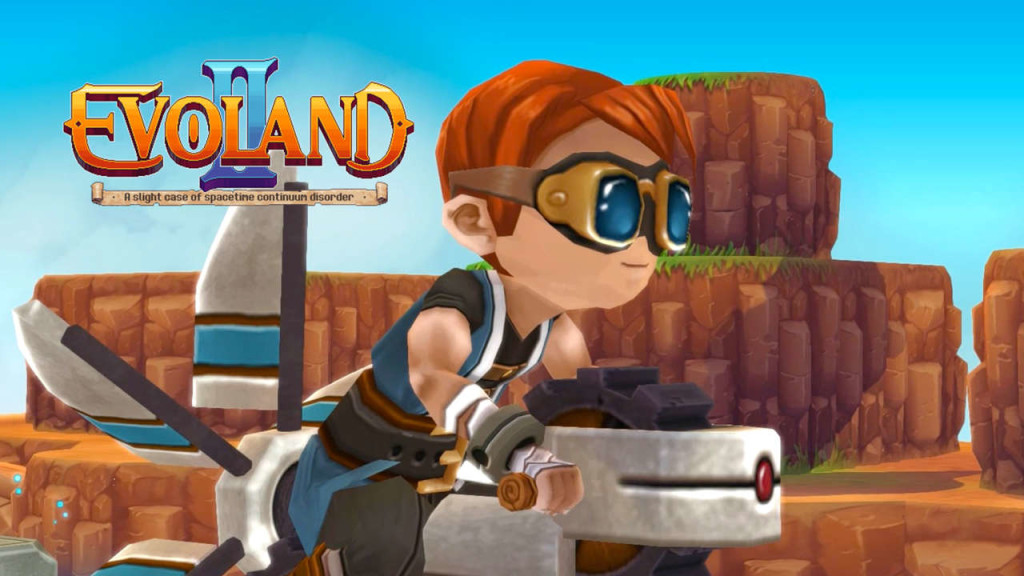 Today the French indie developer Shiro Games was thrilled to announce that Evoland 2: A Slight Case of Spacetime Continuum Disorder is now available on Steam, GOG.com, and the Humble Store. This time-travelling, genre-spanning standalone follow-up to the hit 2013 game Evoland is available on Windows PC for $19.99, with Mac and Linux versions expected to follow in the coming months.
Evoland 2 is a rather unique RPG adventure that will allow you to experience a variety of contemporary and classic video game styles.

Though classified as a RPG, Evoland 2 has a wide variety of gameplay genres, including platforming, stealth, and puzzle.
In addition, the game features a graphical style that evolves throughout the game, becoming more (or less, in some cases!) detailed as you progress through time.

Evoland’s creator and CTO of Shiro Games, Niolas Cannasse, stated, “We’ve taken every measure to craft a memorable and fully-featured game with Evoland 2. I’m overjoyed to say that we’ve not only fulfilled our original vision, but expanded on it considerably. We’ve come very far since myself and two others created the original Evoland — we’re a tight-knit team of nine now — and we’re confident that both existing Evoland fans and newcomers alike will be charmed by the labor of love that is Evoland 2.”

For those unaware, the original Evoland was released in early 2013 for PC, Mac, and mobile devices, and boasts over 500,000 copies sold to date. Shiro Games received a fair amount of critic and user feedback on the title and has ended up expanding the development team in order to fully realize (and even exceed!) the original’s vision.

Though Evoland 2 is a sequel, it’s also a standalone game, so you will not need to have played the first title to enjoy it.
Here’s a brief rundown of the story, as presented by the official press release:

Evoland 2 revolves around a hero who must protect the strange world he lives in by learning to understand events in different timelines, and in turn attempt to alter a grim future for the better. His adventures are filled with mystery and complexities set by traveling in time. Along the way, he will encounter dozens of unique characters, each with their own backgrounds and signature gameplay styles that are linked to the story and triggered by the player’s actions. With a strange secret buried within the core of this world affecting the course of time itself and powerful forces at play, can he change the world’s destiny or is it already set in stone?

You can also check out the official launch trailer below: