Call of Duty Black Ops 3 multiplayer beta is now opened up for all PS4 players, after dev Treyarch made the announcement via Twitter. The open beta will be available between August 21st and 23rd. 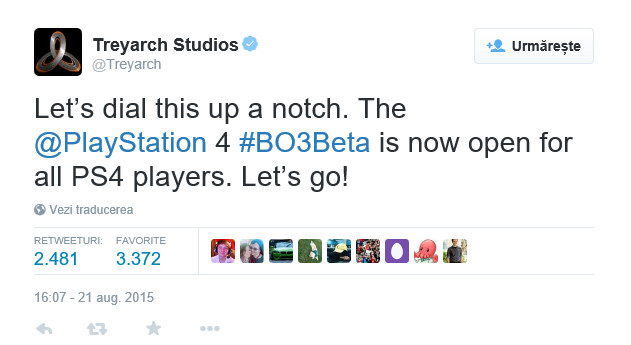 The beta includes seven maps and three modes, and more of each may be added later. So grab your controller and enjoy your weekend! Call of Duty Black Ops 3 will launch on November 6th for PC, PS3, PS4, Xbox 360 and Xbox One.