O Brother, Where Art Thou Gaming? 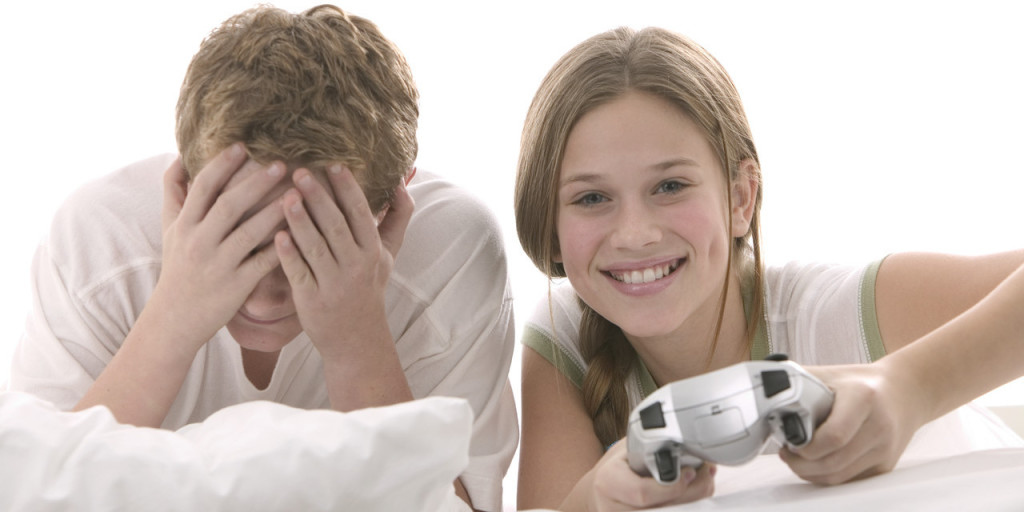 One summer, back in the early 2000s, my step brother and I stayed in my room all summer and played The Neverhood and Warcraft 2 all day every day. When my mother remarried, and he became my stepbrother, it was quite apparent to me that he was the only one in the family that I could relate to at all. See, my stepbrother, Tyler, was also artistic. He grew to become a musician, he was in bands in high school and together we played video games all the time as kids. We owned a Genesis and a PS1, and when I got my Xbox we played Halo multiplayer until the cows came home (not a great way to describe my step sister and her friends, but screw them). We even played the original Rainbow Six together, and that was a blast. Here I was, a lonely little girl who was only beginning to grasp the concept of her sexuality and terrified of the world around her, and yet I still had a way to connect to someone. Gaming became our bond.

And it wasn’t just strictly video games either. We also played lots of card games like BattleTech and Pokemon, and board games as well. We took the PS1 to my grandmothers house one summer while our folks were on vacation, and played all of Spyro and Spyro 2 there in her kitchen on her small television that she used to watch while cooking. We were a team. But see, the problem with growing up isn’t that you lose interest in your hobbies, it’s that you drift apart and thus your hobby suffers from that. While he got into music, he didn’t lose his interests in gaming. He eventually bought his own 360 and I saw he was still playing things (mostly sports and racing games but hey), he just…wasn’t playing with me. I think I cling to my hobbies because I know they can never abandon me. It makes me sound pathetic, I know, but I have had so many people I loved or cared about who said they’d always be there for me, then turned tail and ran out the second the opportunity to arose. Others died, and while I obviously can’t personally hold THEM responsible (but I will write naughty things on your headstones, guys!), it still stung.

I stayed stuck in the gaming world. I continued to play my 360 and my gameboys while he went out and made friends, something I can’t really do since I have such severe social anxiety. He became a full fledged functioning adult, and I…well, I just stayed that lonely little girl. Here was one of the few people I really connected to, who I could look to for advice sometimes and who liked spending time with me, whom I saw every single day, and was now no longer interested in playing video games with me. For that reason, it’s left a rather bad taste for gaming in my mouth, and while I still enjoy the hobby, it now has bad connotations associated with it. My parents split up back in 2008. The last time I ever saw my stepbrother was when he was helping my stepfather move furniture out of the house. And for the next 4 years, I hid in my bedroom and played every single game I could get my hands on. He eventually deleted his facebook and stopped contacting me altogether.

We haven’t spoken since.

But I do still play video games.

I guess in the end, we ca just chock it up to choosing different paths to take in life. We both leveled up. He joined a guild. I play on a private server.