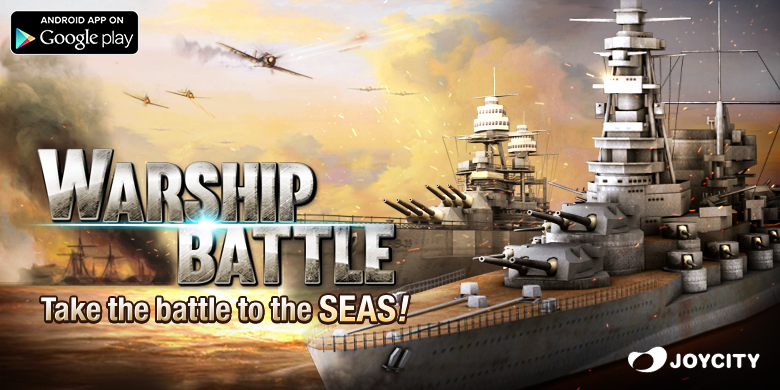 Joycity swelled with pride recently, having been able to announce that their new 3D action game, Warship Battle, has managed to conquer the Google Play store, achieving four million downloads in a mere three weeks. The game is currently ranked as number one in the action games category in the United States, earning the number ten place overall in the Google Play Store.