Recently XSEED Games announced that the newest entry in the high-octane Onechanbara series, Onechanbara Z2: Chaos, will be arriving in North America on July 21, 2015, exclusively on Sony’s PlayStation 4. This game will be available digitally on the PlayStation Store for $39.99, and also come in a limited “Banana Split” retail release priced at $49.99. This $10 extra gets you the game physically, a soundtrack CD containing music from both this title and the Japan-only predecessor, an 80-page “Behind the Bikini” book featuring artwork and backstory from both games, as well as a code to download the premium “Strawberries & Banana” DLC costume. 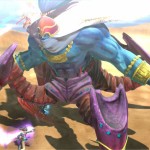 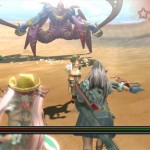 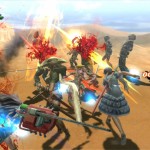 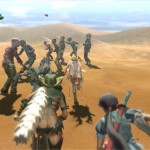 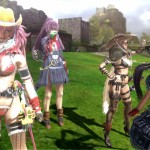 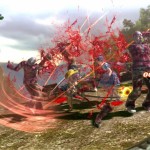 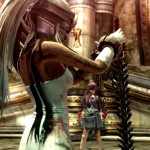 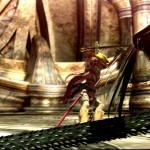 Having been developed by D3 Publisher and Tamsoft, this latest iteration of the Onechanbara sexy zombie slayer series decides to up the ante with two sets of buxom vampire sisters. In addition, gamers can look forward to over a dozen stages of high-octane real-time swordplay, featuring tons of zombies and wildly inventive methods of dispatching said creatures.

You will be able to square off against the undead in several worldwide locations, leaving limbs and blood flying in your wake as you utilize various physical attacks and acrobatic maneuvers. When you really want to leave a path of chaos behind you, you’ll be able to temporarily transform into a mighty demon, granting you short bursts of extra strength and speed at the cost of your life.

All of the four members of the “Zombie Punitive Force” has her own unique abilities. In addition, the game rewards skillful play with orbs, which you can exchange for upgraded weapons and new outfits for the ladies.

A first in the series is also worth mentioning here, as gamers will be able to choose how they enjoy the title: Either in full English or with the original Japanese voice-acting.

Will you be checking out the new Onechanbara game, or does Z2 not quite seem like your cup of zombie tea?