Preview | Into The Stars

Many gamers having grown up with the classic title Oregon Trail, developer Fugitive Games have decided to create a similar experience for a modern generation of gamers. Instead of using threats and dangers of the western frontier however, their journey takes the player across space. Into the Stars is like Star Trek meets Oregon Trail, with a little FTL: Faster Than Light thrown in for good measure, using both strategic elements as well as exploration elements. The project came about thanks to a successful Kickstarter, allowing Fugitive to finish this title and even add an awesome score by Jack Wall. 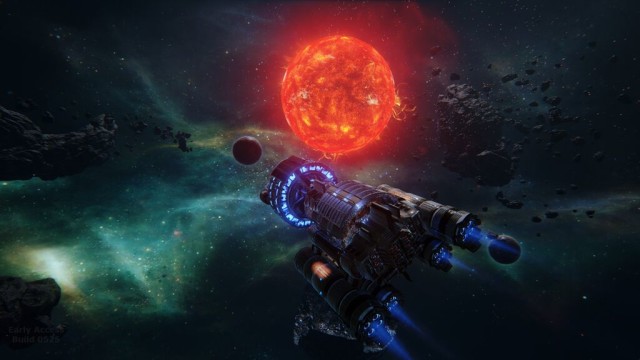 Players will start the game by choosing their captain and naming them, as this will represent the player throughout the journey. Given a good assortment of both male and female avatars to choose from, players will have quite a bit of freedom for what their character will appear like in the game. After selecting the captain, it becomes time to select a crew, making sure to have a good variety of skills between crewmates like mining and engineering. Crewmates are all randomly generated and will never be the same, and players can list the candidates by skill as well, making it easy to find the right person for the job.

Once the player decides on their crew, they will be tasked with upgrading their space vessel for the journey, having a few required upgrades as well as a selection of optional upgrades. These upgrades will use a limited number of points, so it is best to think ahead of possible situations that may befall upon the crew. Players will also be given the option to bring along a limited number of resources, again having to choose wisely based on the situations that make come up. The obvious ones would be things like food, fuel, and oxygen, but given that the player can only bring a select amount, choosing other resources may rely on a bit of experience. 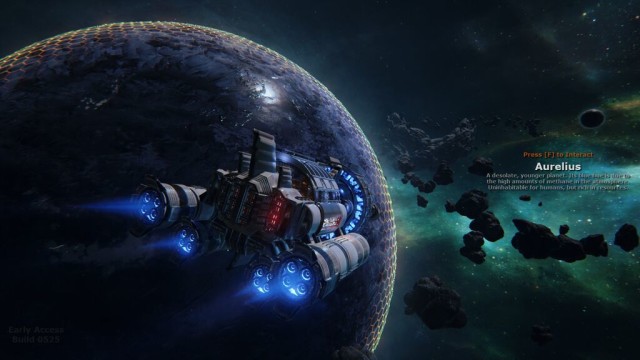 Once the player is done preparing, their voyage begins, tasked with traveling across the galaxy in search of a new home. The presentation takes a jump up at this point, as the detailed menus become an interactive cockpit. Sitting in the captain’s chair makes a player feel like a captain of the starship Enterprise, giving full control of upgrades, crew tasks, and most of all, piloting the ship. The beauty of space really shines through as the ship travels through asteroid fields, past wreckage, and even to various planets, all with full 360 degree control.

As the player travels through space, their ship will have to overcome various hazards like alien virus outbreaks and space raccoon infestations. This is where the player as the captain must select their best crew members for the job. It would be wise to get a skilled medic to handle things like viruses or injuries, giving the best rate of success, whereas an engineer would be good for any maintenance issues. These can be handled within a minute or two usually, and can typically keep things in order for the ship, as well as give the selected crew members experience for higher stats. 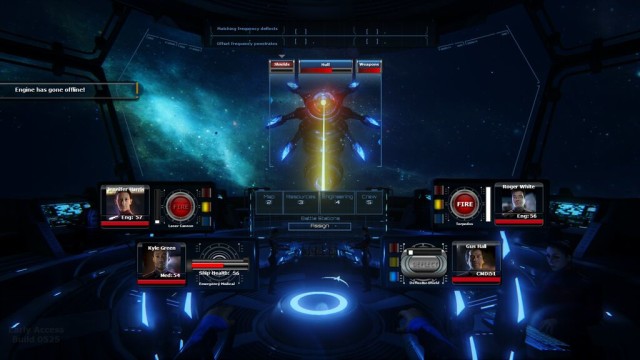 Of course, those will not be the only dangers of space, as the alien race that destroyed your original home planet is pursuing your ship, and it is always patrolling various sectors of space. Running into them can start a combat scenario, where players will have to multitask with a color coded combat system. Both sides will have lasers and torpedoes that can be used to attack, as well as a shield that can block or deflect incoming attacks. Using the color system, players will choose a red, yellow, or blue frequency for their attacks or defenses, giving them the best chance of survival. An example would be that the enemy is about to attack with a yellow laser while they have a blue shield up. Using a yellow shield, the player can block the laser attack, and then counter with a red or yellow frequency attack, as the blue shield can only block attacks of that color. The system works quite well and can give a bit of intensity once battles have more than one opponent. 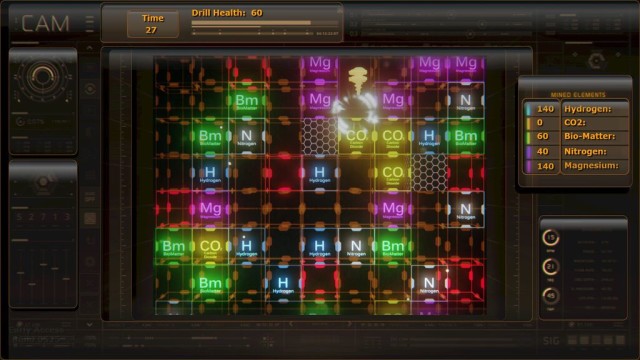 Traveling to other planets gives the player an opportunity to gather more resources, allowing them to take on missions by sending in their crew, or even mining for materials (using a skilled miner hopefully). The missions will happen automatically and will be based on the skills of the crew member, whereas the mining will start a fun little mini-game. The better the miner, the more control the player will have as they control a drill through various element blocks, gathering the ones they need while trying to avoid red blocks. The game plays a lot like a top-down shooter, though without the ability to shoot, and with the main goal not to crash into a dark red block, resulting in an end to the mini-game. All resources collected will still go to the player, so failing isn’t always a negative thing.

Into the Stars tries to return to the roots of gaming, making players have to prepare their game, and then rely on their choices to carry them through the journey. Trial and error is encouraged in this game and that is what Fugitive wants to see from their players. They want everyone to discover their own way to complete the game. Luckily there is quite a lot of game to play and it’s rather fun to take on this journey. Into the Stars will release this summer exclusively on PC and Mac.