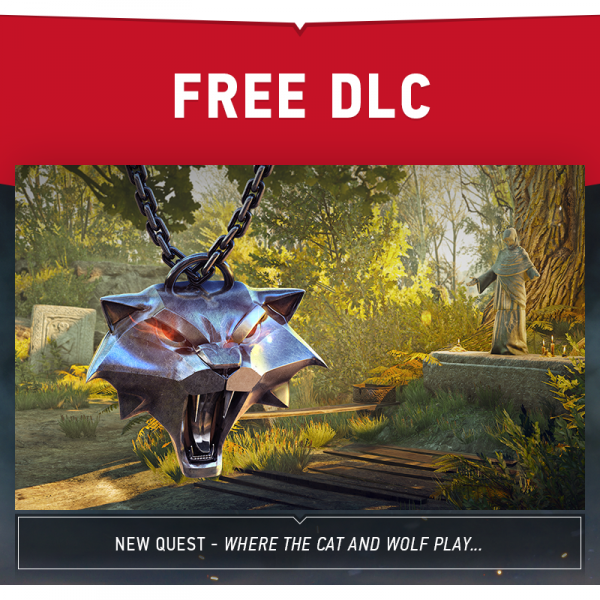 Developer CD Projekt Red announced the free side quest for this week for The Witcher 3: Wild Hunt. It is called “Where the Cat and the Wolf Play…” and you’ll get to explore a forgotten village.

Explore a forgotten village and discover its terrifying secret. Find out who or what slaughtered its inhabitants and use all your witcher skills to confront this mysterious force.

This DLC is the 15th from a total of 16 add-ons previously announced, and the final one will come out next week. Also, in October the first paid DLC will be released, entitled Hearts of Stone, and in early 2016 Blood and Wine will come out too. Both DLCs will be available for $25, but there is no information about the price for any of them.