PC players have been enjoying the multiplayer dog-fighting of Strike Vector for over a year now, but now the title is coming to Xbox One and PS4, and it’s bringing a brand new single-player campaign. Running on Unreal Engine 4, an upgrade from the PC version running Unreal Engine 3, Ragequit Corporation brings fast action and high flying to consoles in style. The demo at E3 was focused on the single player campaign, starting with a tutorial for the basic and advanced functions of the game. 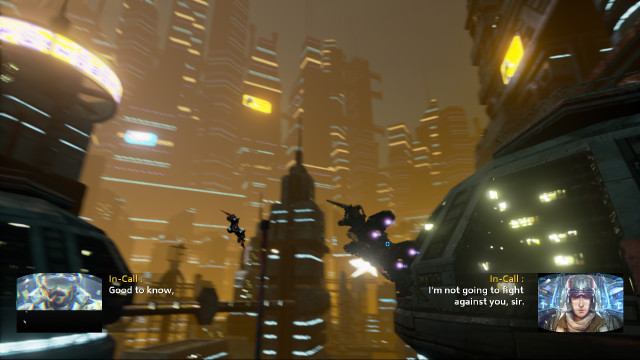 Playing on an Xbox One, the controller works well for the gameplay, feeling very natural for traversing the skies. After a few minutes, players should be able to rush through the skies and make break-neck turns on a dime. The single player campaign has fully voiced dialogue, though the story could probably use a stronger presentation. It might be nitpicking honestly, since the game is adding the campaign as a way to entice console players. 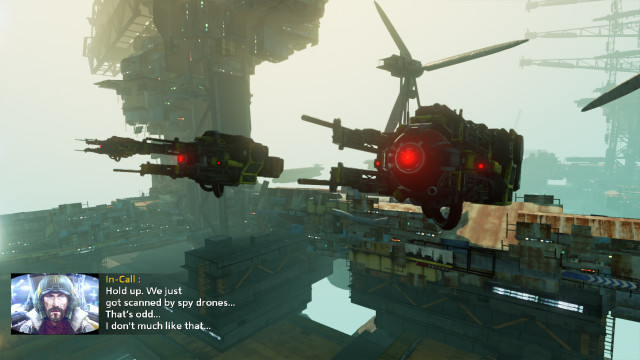 The tutorial starts out with basic movement, and then works up to combat situations. It’s not too long until real threats emerge, needing the player to fight for their life and take down enemy targets. The arenas feel like something out of the Jetsons, as they usually consist of wide open air space with a large building or structure towering high into the skies, where players can typically fly through to potentially lose someone on their tail. There are health pickups that are typically floating around this area, so it would be advised to run by and pick one up when damaged. Unfortunately the smarter enemies can also pick up health, so to take them out, it would be best to stay on them with your guns. There are also leaderboards for the single player campaign, as performing certain actions can gain points. This can be actions like chaining together destroyed targets or even flying out to get score boosts. 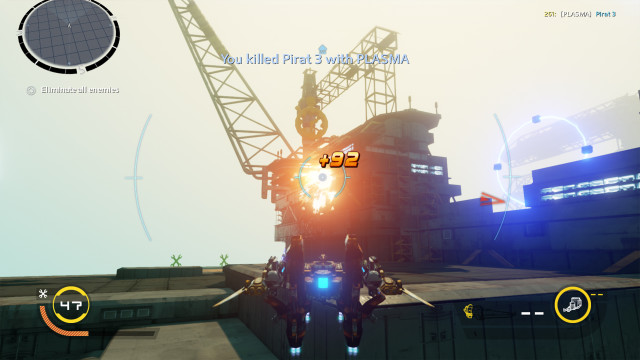 Perhaps one of the best, yet unrealistic, aspects of Strike Vector EX is the way the vehicle can stay in midair without descending. It can be a bit frustrating in other flight games when players want to survey their surroundings but they have to constantly keep moving forward. Being able to stay stationary in the air allows for some great control of the battlefield, and also allows for quick turns for getting around quickly. The demo didn’t delve into it much, but the player can also fully customize their aircraft, and it was said that playing the single player campaign can unlock parts for multiplayer. Unfortunately the demo didn’t offer a taste of multiplayer, though we can’t wait to do more dogfights in the skies later this year.