CD Projekt RED has revealed the fifth week of free DLC for The Witcher 3: Wild Hunt, which will include a new alternate look for Triss and a new Scavenger Hunt quest, after which you can acquire the Wolf School Gear.

You can already hunt down Cat School, Griffin School and Bear School Gear in the game, but we can safely assume that the Wolf School Gear is better than the previous.

The fifth week free dlc can be downloaded later this week for The Witcher 3: Wild Hunt! 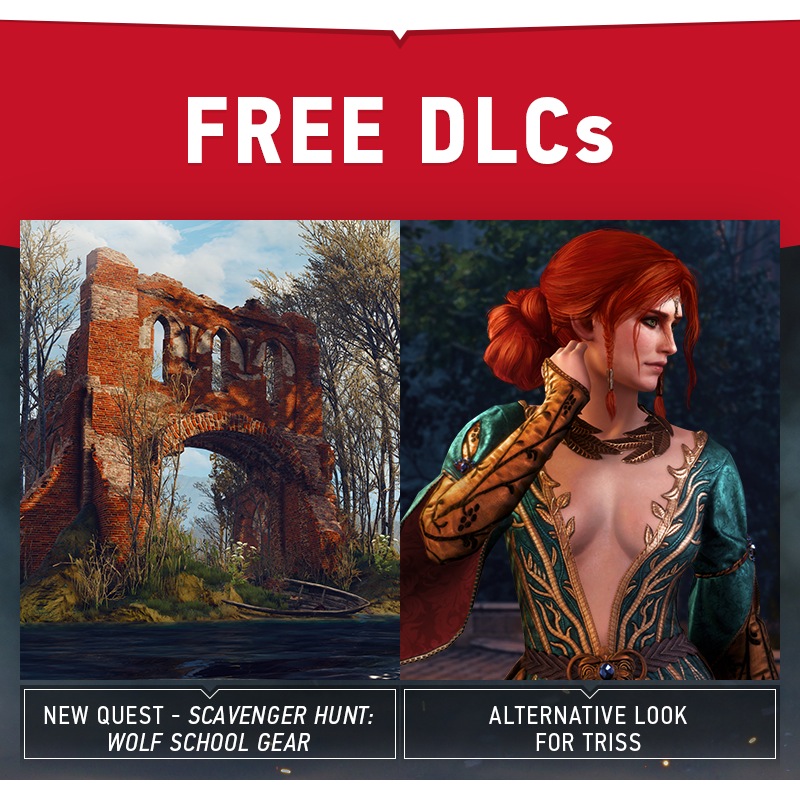