Action Henk, a new kind of hero, is butt-sliding onto Xbox One, Wii U, PlayStation 3, PlayStation 4, and PlayStation Vita (cross buy compatible) this summer, thanks to the partnership between Curve Digital and RageSquid.

For those wondering, Action Henk is a blistering race through a toybox world. In this world, a cast of classic action-figure-inspired characters compete to see who the fastest toy in town truly is. You will be challenged to shave milliseconds off your time by running, jumping, and yes, butt-sliding across over 70 challenging levels.

Each track and course offers up multiple routes to the goal. As you compete in the eye-watering pace of races, you’ll be able to collect bronze, silver, gold, and even rainbow medals. These medals will help you unlock new worlds and even greater challenges as more wild characters emerge to provide a greater challenge. Those who still want more will even be able to tackle boss races, which can allow them to unlock some truly mind-boggling bonus levels. 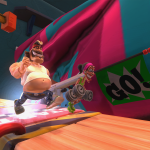 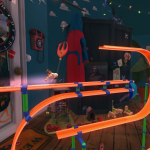 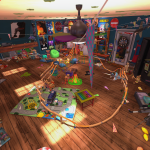 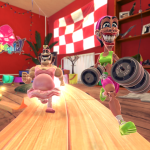 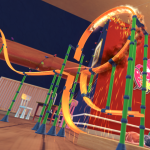 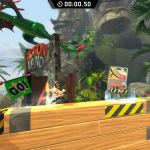 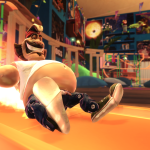 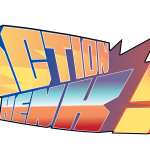 Roel Ezendam, co-founder of RageSquid, stated, “We’ve been overwhelmed by the reaction to Action Henk on PC, but it’s always a game we wanted to see in the hands of console players, so the decision to work with Curve Digital – with their reputation and experience – was a simple one. We’ve got some big plans for the console versions and can’t wait to see PlayStation, Xbox One and Wii U players racing up the leaderboards.”

“We’ve long admired RageSquid for their ability to create games that bring joy – and Action Henk shows the team are at the top of their game,” Jason Perkins, Managing Director at Curve Digital, added. “As someone who – how can we say – has been in the games industry for a while, Action Henk brings back very fond memories of some of the most revered platformers and we’re hugely privileged to be playing a part in bringing it to consoles.”

Here’s the official trailer for your viewing enjoyment: