E3 is almost upon us and news is slowly starting to surface before the big show. We at GotGame have some pretty good ideas of what might be announced so far, but we’re going to make a few more based on the big three console makers, starting with the house of Mario, Nintendo. Nintendo is well known for pulling out a lot of surprises for their E3 presentations and their digital events; not only does it allow for less mishaps (much like the Legend of Zelda: Skyward Sword demo years ago), but it creates space for some pretty awesome announcements. This year at E3, we already know some of the games we will be seeing, but I’m sure Nintendo has some surprises up their sleeve (especially since we won’t be hearing anything about their upcoming console the NX anytime soon). 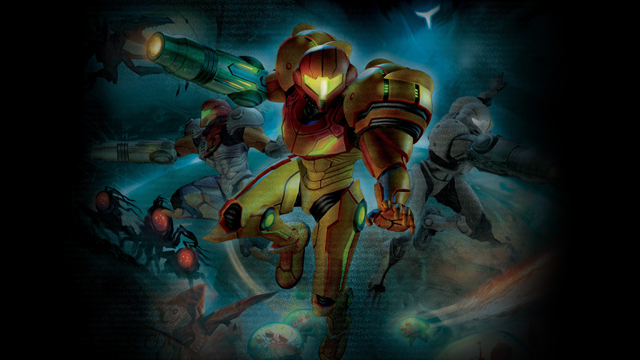 The Metroid franchise has been quiet for quite some time, with Samus making her way in the recent Super Smash Bros. games, as well as the Metroid game in the Wii U launch title Nintendo Land. The Wii game, Metroid Prime Trilogy was recently re-released as a digital download on the Wii U, but aside from that and a few other classic titles, neither the 3DS or Wii U platform have their own standalone Metroid game. On top of that, developer Retro Studios has been relatively quiet since the release of Donkey Kong Country Tropical Freeze, and though Retro isn’t the only developer that can make Metroid titles, a new game from the talented team can prove to be a great announcement for this year’s E3. Let’s not forget that we still have that tease for a Metroid Prime: Hunters sequel at the end of Metroid Prime 3: Corruption… 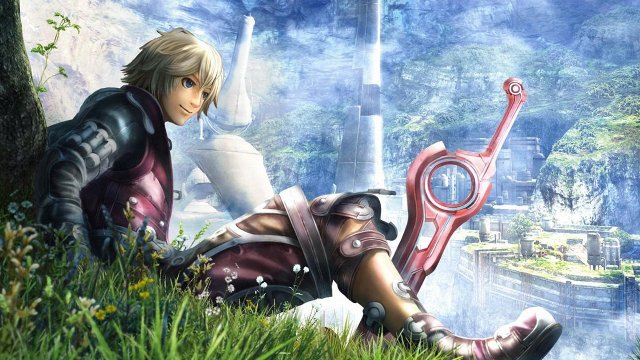 Now that the New Nintendo 3DS is starting to completely take over in stores, it would be the ideal time to start announcing more titles for the improved handheld. So far, the only game that requires the New Nintendo 3DS is Xenoblade Chronicles 3D, which, while its an amazing RPG, it is a port of an older title. Nintendo of Japan has said that there are more New 3DS exclusive titles planned but none have been announced yet. Perhaps now that the 3D is much more stable, the system can take on the F-Zero franchise in full 3D. Of course, given that the original 3DS is still popular, it would make sense to announce new games that utilize some of the built-in features of the New 3DS like the C-stick or the Amiibo support, so as to not completely leave the original 3DS behind in the dust. Regardless, the New 3DS is just begging for more titles to use that beefed up CPU. 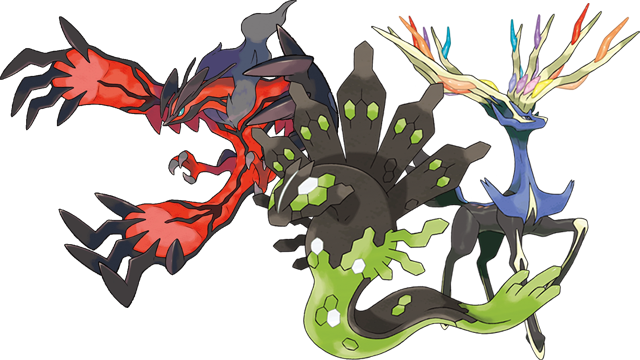 It may be hard to notice, but Pokémon has actually become an annual franchise. Much like Call of Duty or even Madden, Nintendo has released a new Pokémon game every year since Pokémon Platinum Version released in 2009. Of course, some of these releases have been remakes, but regardless, fans have had an RPG every year to satiate their Pokémon cravings. We already have the announcement of a new Pokémon Mystery Dungeon title, but this may be a chance to announce an extension of the Pokémon X and Y games. They ended a bit abruptly and didn’t offer a lot of post-game content with new Pokémon to catch, despite a lot of locked areas that just begged for additional exploration. We also have some event Pokémon that have yet to be enabled for official capture in the games, including Hoopa, who has a new movie coming. Pokémon Z may be coming, and it may even add the mega-evolutions from Alpha Sapphire and Omega Ruby to the Kalos region, giving an ultimate experience. 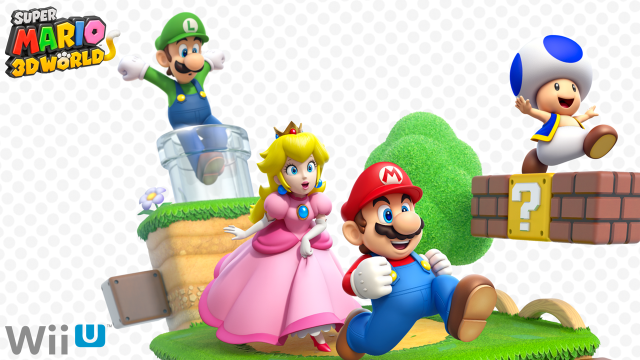 Nintendo typically likes to keep one game per franchise on their platforms, at least for most of their games. The 3D Mario titles used to be like this as well, until the Wii had the release of Super Mario Galaxy 2, which was an excellent sequel. More than likely, Mario Maker will be the game to fill the 2D Mario platforming void, but it has been a while since we’ve had a new 3D Mario title, and after the stunning Super Mario 3D World, fans may be excited for more. Perhaps one for the 3DS or Wii U, or maybe even another spinoff much like Captain Toad: Treasure Tracker. Mario Maker is the only Mario title currently announced for the future, so it wouldn’t be so farfetched. 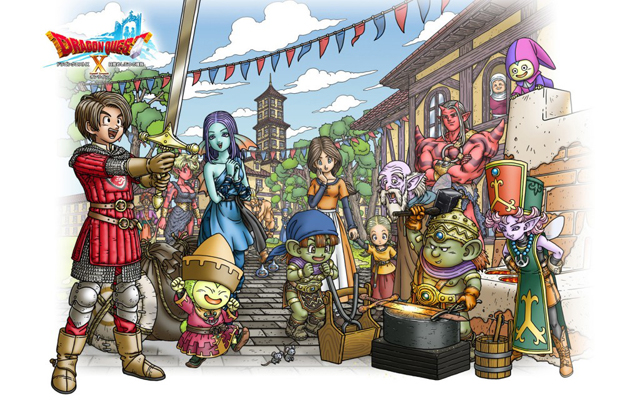 This one may be a bit of a stretch, but given the rise in sales for Nintendo’s home console, it may be something worth the effort for Square-Enix to finally bring their popular MMO to the west. Given that Dragon Quest X originally released in 2012 for the original Wii, and 2013 for the Wii U, it might be due time for the rest of the world to experience the critically acclaimed MMO. It would also be nice to draw in new users to the Nintendo platform, providing a new experience for the Wii U. The challenge, of course, would be to provide more servers that can handle a worldwide MMO, but given that the game has sold one million units across all platforms, it might be worth the investment. 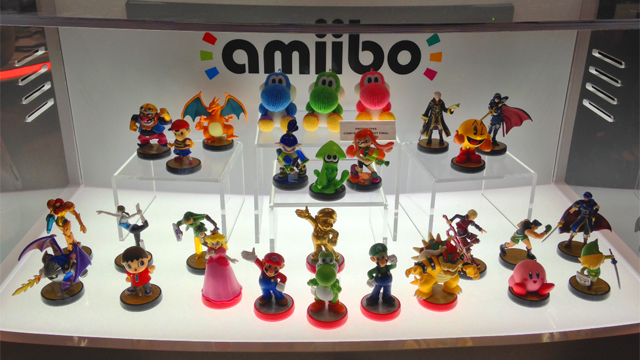 We all know Nintendo’s Amiibo figures are incredibly popular. The more coveted figures have been selling out and fans have been increasing by the day. Supply and demand issues aside, for those Amiibo hunters lucky enough to have bigger collections, it would be nice to have a game that offers new content from the Amiibo figure. Much like Amiibo Tap, making a new free-to-download game that uses Amiibo to unlock minigames wouldn’t be a bad idea, though in this situation, it would be best to make the games based on the character scanned rather than a random game like in Amiibo Tap. It could even be given a WarioWare like presentation, encouraging high scores and multiplayer parties. 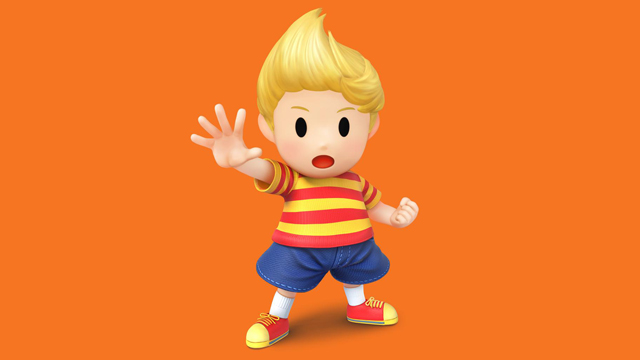 Nintendo has been no slouch in the DLC market lately, not only making valuable season passes for high profile titles like Mario Kart 8 and Hyrule Warriors, but also offering ways to add on to their more popular titles like adding Mewtwo to Super Smash Bros. for Wii U and 3DS. Nintendo has been pretty vocal on not wanting to add DLC to all of their titles, merely wanting to use the content as an option to add to the overall experience. Most of it has been well received and we are already aware of some on the way, like Lucas for Super Smash Bros. Nintendo will most likely utilize their E3 presentation to announce more DLC, perhaps more characters in Super Smash Bros, or maybe another two track packs for Mario Kart 8 (can one handle a Mario Kart game with 64 courses?). Nintendo did hold a poll for characters that fans would want in Super Smash Bros., and even with the impending launch of Splatoon, we know that all the DLC for that game will be free. Nintendo is doing DLC right, and we’ll hopefully be presented with new content announcements during E3.

Some of these predictions are more probable than others, but Nintendo tends to do well with their E3 announcements, managing to bring the hype to the show every year. We’re still waiting for more information on the new Legend of Zelda Wii U game, as well as the new Star Fox title that has yet to be completely revealed. What are your expectations for Nintendo’s E3 announcements? Feel free to sound off in the comments and we’ll make sure to have extensive coverage for whatever does get announced. Also look forward to our Sony and Microsoft predictions in the next few days!