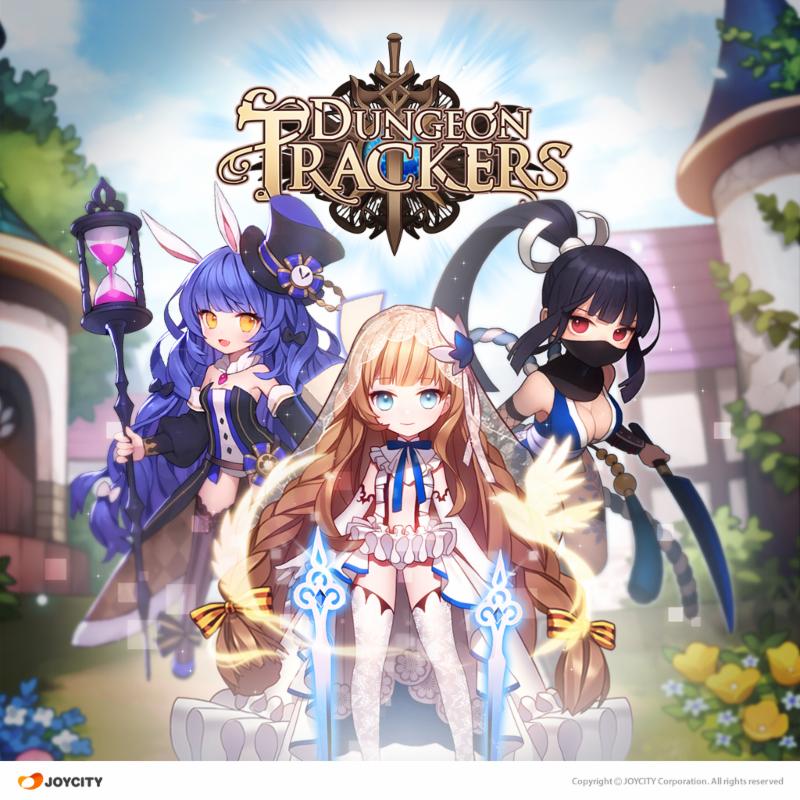 Yesterday Joycity was proud to release their new mobile RPG, Dungeon Trackers on both the App Store and Google Play. This game, which is a combination of card collecting and tactical RPG with a fantasy-themed storyline, features battles reminiscent of classic JRPG titles. The collection and deck building elements add in another strategic layer to the gameplay, and helps ensure that the title will appeal to gamers who love collecting.

In Dungeon Trackers, you will take on the role of a summoner who captures and controls powerful creatures to overcome his adversaries. You will be able to collect over 300 creature cards and build the ultimate deck as you clear the main story, grind for epic loot in special dungeons, or engage in PvP. In addition, Dungeon Trackers features a unique swipe-action control system that allows players to simply touch or swipe character portraits to control their actions in battle.

The game managed to garner significant attention during its pre-registration campaign, collecting an astounding 250,000 players even before its full worldwide launch.

Joycity has also stated that, until June 3, they will be offering various rewards to players who join in on the action early. Those who reach levels 10, 15, and 20 will get special rewards, and those who log in during certain hours each day will get more stamina. Finally, players can leave a comment on the official Facebook Page for a chance at winning in-game currency.