Review | Inside My Radio 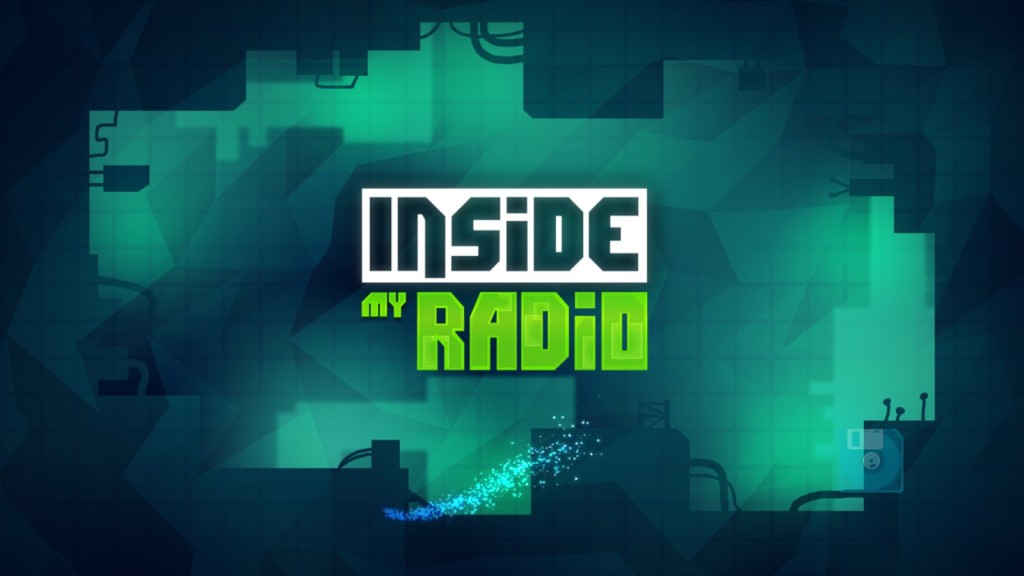 Playing Inside My Radio feels like a blending of minimalist-platformer 140 and roguelike rhythm-game Crypt of the Necrodancer; you’ll need to perform jumps, dashes, and other maneuvers to the beat of the soundtrack to save the boombox from destruction. The Premise: You’re an electron summoned to the inside of a boombox to rid it of digital spiders that threatened to destroy the boombox world. Yes, that’s basically the sign that the story of Inside My Radio can basically be passed over entirely, but not a sign to write off the game itself. Even if it’s a little on the short side, Iceberg Interactive’s Inside My Radio is made for fans of fun, music-centric games with some great platforming challenges.

Over the course of gameplay you’ll play as Taek, Barry, and Root, each one an electron inside the boombox trying to fight against the spiders. Each character’s levels play with their own type of music: Taek’s stages use a sort of light dubstep music, Barry’s channel techno-infused disco, and Root’s use a mellow electronic reggae. You can move left and right at your leisure, but any other maneuvers you use have to be executed along to the beat of the music. Taek and Company have identical movesets: a basic jump, a forward dash, a ground pound, and a “pulse” used to activate switches. Try any of these moves at the wrong moment and you’ll hear a failure noise; though you don’t take any direct damage from messing up a move, it’s pretty easy for those errors to result in death from running into electricity traps and enemies. Fear not, though; death generally only sends you back a few seconds worth of gameplay and doesn’t stop the music, making the play feel smooth even when you’re failing. 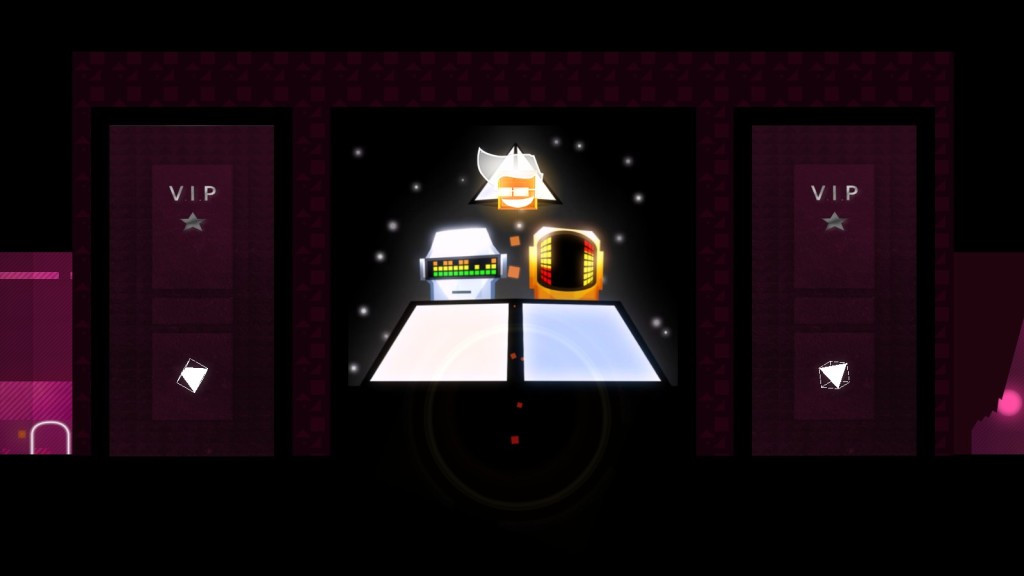 Inside My Radio integrates music into the gameplay in a way that feels both approachable and engaging. There’s even a level of music creation that comes into the gameplay; since each action comes with its own sound effect and those sound effects are executed to the rhythm of the music, it’s pretty easy to feel a bit like an amateur DJ while zipping around stages. There are also plenty of places to stop and simply enjoy the music; not only are there a number of lulls in the action where you can chill and enjoy, but you’ll also play through interactive segments that let you tweak the music you’re listening to before you move on. The changes are sometimes subtle, sometimes dramatic, but always adds an extra touch of involvement in the music that makes you feel like you really need to have your headphones in and the volume up. 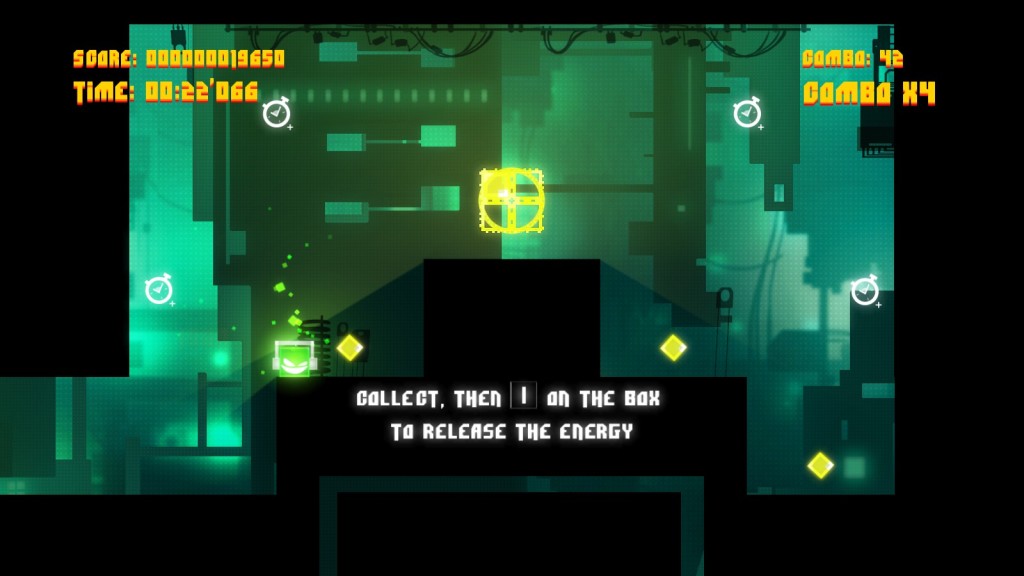 As much as I love Inside My Radio, my biggest complaint is that I don’t have enough of it. For a game that successfully blends electronica, disco, and reggae into a single package, I’d have loved to see other types of music brought into the fold (jazz, classical, country, etc) with other characters. There’s an unlockable time attack for each level; you’ll rack up points for each jump, dash, ground pound, and pulse you perform, and you’ll need to secure time pickups during your run to keep the clock from expiring. It’s a challenging mode that gives you another way to enjoy the game, but it does take away from the experiential feeling in the standard game mode. Also, as much as I hate to call it out, the final boss level left me pretty aggravated; a giant spider rains explosive eggs down upon you, and it’s the only place where failing in the sequence will punt you back to the very beginning. There are some complicated bits there, and I couldn’t help but feel like the game did a fantastic job of respecting my time up until that point.

Inside My Radio’s story makes no sense, but what it lacks in coherent backstory it more than makes up for in energizing music and entertaining gameplay. Though I’d definitely expect a better story in a sequel, I’m certainly hoping for another iteration to take me back inside the boombox.