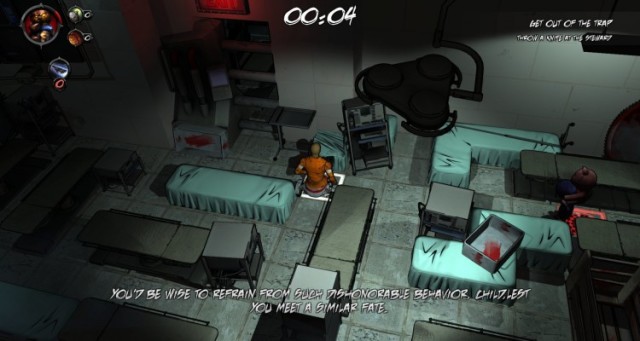 Welcome to the Emporium, an abandoned department store where horrific creations thrive. Brawl is an action game focused on multiplayer, using strategic elements and efficient trap placement as the key to victory. Much like the Bomberman franchise, this game uses a grid-like map for characters to maneuver on. Destroying crates yields the possibility of revealing power-ups, which can give players more bombs, increased blast radius, and various other abilities. The game is meant to be a remake of developer Bloober Team’s previous title, Basement Crawl, adding more depth to the game and more polish.

What sets the game apart from Bomberman is the eight different playable characters, each with their own unique abilities. Teddy and Girl for example, have the ability to throw a knife into an enemy, not only slowing them down, but also allowing them to teleport to wherever the knife gets dropped, or swap places with whoever the knife is lodged in. The Puppet Mistress, a creepy mannequin that has come to life has a “Medusa’s Gaze” as she slows all players in her line of sight, and even has a petrification ability that completely immobilizes opponents. Dummy has a useful ability to not only remotely detonate his bombs but also has the ability to freeze the timers on all of his bombs, making it so they can only go off by his detonator, making him a very strategic character to play. 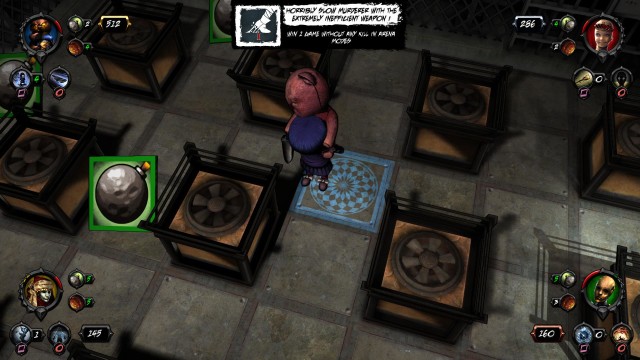 The game essentially takes all the various Bomberman abilities, plus some new ones, and incorporates them as skills for the different characters. It may not be completely balanced, but it can be a bit of a bummer to be a character like Dummy and then pickup the Remote Bomb ability anyway. Regardless, the game has a nice selection of modes for the multiplayer, but also includes a single-player story mode for each character as a sort of tutorial to explain how to effectively use the abilities of that character. The presentation of the game has a pretty creepy vibe, even if it isn’t very scary through the gameplay. Never playing Basement Crawl, one might wonder how heavily improved Brawl is by comparison, but so far, it isn’t such a bad stand-in for Bomberman. Look forward to our final verdict on Brawl in the next few days.